Killers Of El-Zakzaky’s Sons, 31 Other Shia Protesters In Zaria Must Be Prosecuted – Odinkalu 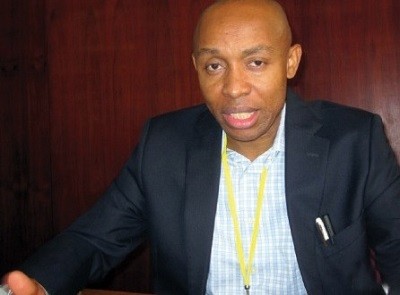 Those involved in the killing of 34 peaceful protesters during the pro-Palestinian rally in Zaria, Kaduna State in July 2014 must not be allowed to go unpunished, Chairman of the Nigerian Human Rights Commission, NHRC, Prof. Chidi Odinkalu, has declared.
The protesters, comprising members of the Islamic Movement in Nigeria (IMN), were killed in cold blood by soldiers from the Nigerian Army depot in Zaria. Some innocent bystanders, who owned shops around the area where the shooting took place, were also hit by stray bullets.
But Odinkalu said “If that number of people (34) can just be killed and nothing happens, then that is oppression”.
The rights chief, who spoke on the topic “From Al-Quds to Zaria: A melting pot of rights violation, veil of bias and conspiracy of silence”, during a conference to commemorate the one year anniversary killing of the Quds day protesters in Abuja on Sunday, vowed that the matter would be thoroughly investigated and culprits brought to book.
The NHRC “owes the country a duty to investigate and find out what truly happened that day and those implicated punished”, he maintained.
Odinkalu decried the conspiracy of silence of the killings, saying “if 34 young men would be killed in cold blood and then their families would be told to keep quiet, then that is the worst oppression”.
He also said the greatest injustice is to “allow a parent to bury his three young children murdered in cold blood in the same day while the society keeps quiet”.
He said the rights commission would soon conduct a public hearing to get to the root of the Zaria killings and ensure that all those implicated are appropriately sanctioned.
The NHRC chairman noted that the leader of the IMN, Sheikh Ibraheem El-Zakzaky, whose three undergraduate sons were among those killed, is not only a religious leader but a human rights leader.
“The Shia community in Nigeria has been oppressed unjustifiably for so long in this country”, Mr. Odinkalu said, recalling that Zakzaky was among the few Nigerians that stood against the Sani Abacha military brutal regime that clamped down on human rights campaigners.
Other speakers at the event were the Chief Imam of Washington DC, Muhammad Al-Asi; Massoud Shadjareh of the Islamic Human Rights Commission, London; Dahiru Yahaya of Bayero University, Kano; Yohanna Buru, an inter-faith campaigner; and Ebenezer Oyetakin of the Anti-corruption network for justice.
The event also witnessed the display of a documentary and exhibition on the images, sights and sounds of the Zaria Quds day massacre.

The post Killers Of El-Zakzaky’s Sons, 31 Other Shia Protesters In Zaria Must Be Prosecuted – Odinkalu appeared first on INFORMATION NIGERIA.

What Is Wrong With Wayne Rooney?

I Hawked For My Mother To Survive – Ndidi

Skiibii Jazzed Me To Date Him – Dorcas Shola Fapson