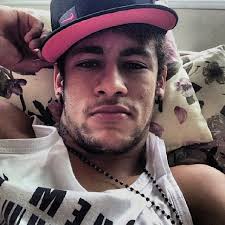 Andrew Robertson has said Liverpool were left extremely frustrated by Paris Saint-Germain’s gamesmanship and, in particular, Neymar’s theatrics in the Champions League on Wednesday night.

A 2-1 defeat for Jurgen Klopp’s side left them needing a 1-0 win or victory by two clear goals against Group C leaders Napoli in the final match to reach the knockout rounds.

“I suppose they were in the lead and they were looking to waste time,” Robertson told Sky Sports. “You can use gamesmanship, playacting, you can use it all really.

“I would like to know how much time they wasted. It was frustrating. But when you play against PSG you know it’s something you’re going to come up against especially with him [Neymar]. It wasn’t something we quite dealt with tonight.

See also  We Can't Be Stupid Against Barcelona - Wenger

“It’s frustrating when he is falling like he is. It’s all part and parcel of his game and we needed to deal with that. We didn’t quite control our aggression.”

Liverpool have now lost all three of their Champions League matches away from Anfield this season and for the second straight season, the Reds’ hopes of reaching the round of 16 will be determined in matchday six.

“It is at Anfield. I am sure we will have another special night,” Robertson said of the Dec. 11 meeting with Napoli. “The fans can create a special atmosphere and hopefully get the result that we need.”

I Don’t Have Cancer – Janet Jackson