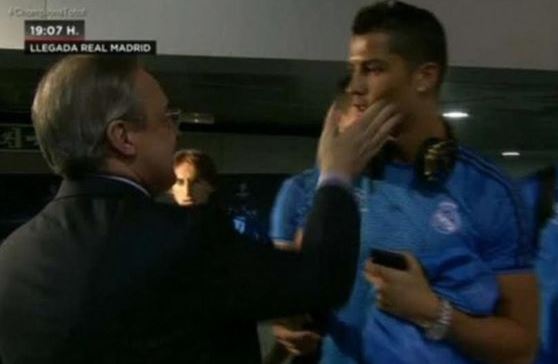 Television cameras caught Real Madrid President, Florentino Perez, waiting for star player Cristiano Ronaldo as he arrived at the stadium with the rest of the players for Tuesday’s crucial champions league clash with Paris St Germain.

Florentino Perez could be seen asking the forward about a recent interview he gave German magazine Kicker, in which he hinted that he might not stay at the club.

The president gave him a playful slap as he questioned Ronaldo, who looked less than amused and walked away saying: ‘What did I say? I never said that. I said it differently,’ he said as he made his way to the dressing room. 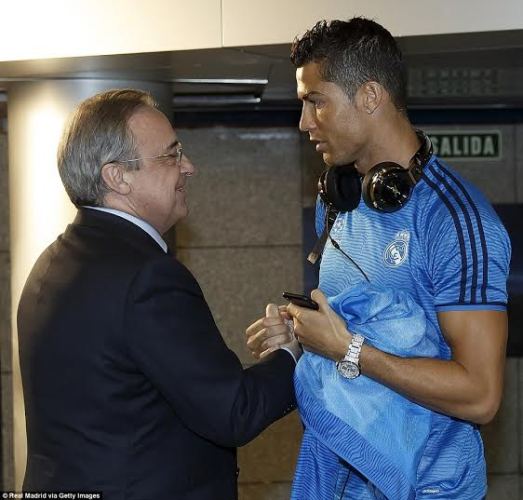 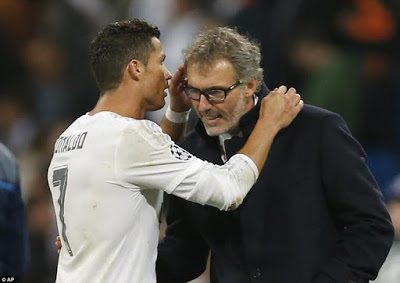 Ronaldo looked a shadow of himself in the first half and wore a gloomy look in the opening minutes of the game.

After the match he was seen whispering into PSG’s coach Laurent Blanc’s ears with rumours swirling he could join PSG next year or even return to England.

PSG president Nasser El-Khelaifi was interviewed after the match and refused to rule out a move for the three-time Ballon d’Or winner. He said: ‘Ronaldo has a contract with Real and we respect that. Negotiations would be in secret but nothing for now.’

Take light with you with new Philips Hue Go