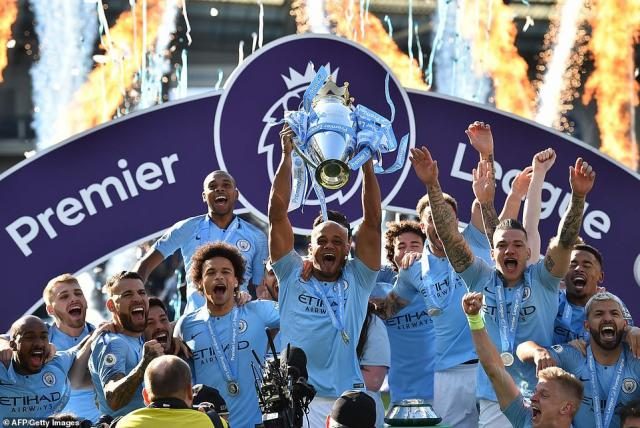 Manchester City were Premier League champions for the second time in a row after their 4-1 win against Brighton meant they ended with one point higher than Liverpool in one of the closest EPL title races the league has ever seen.

The Blue side of Manchester began the match on top but went down to 2nd on the PL table after a quick goal for Liverpool against Wolves and the pressure mounted when Glenn Murray put Brighton in front in the 27th minute.

Sergio Aguero calmed the nerves though, as usual and equalized just 83 seconds later before Aymeric Laporte gave City the lead before first half was done.

Manchester City are not just champions, but the way they achieved this feat cannot be overemphasized. After the amazing 100 points last season, doubts were raised if the players could do it again and they responded beautifully.

The club also picked up 14 successive victories in the process, which is the second biggest winning streak in Premier League history.

We Must Show Strength Against Freiburg – Robben

AfDB Board commits US $113 million to Regional Rusumo Falls Hydropower...