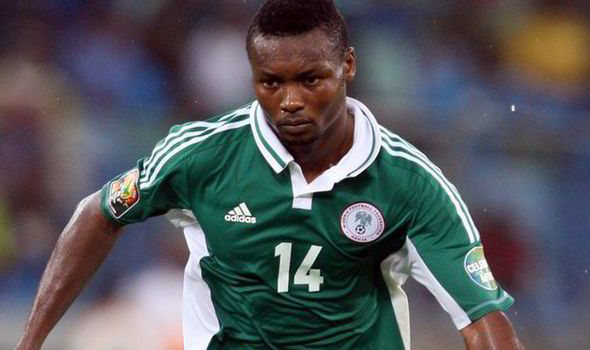 Former Super Eagles footballer, Godfrey Oboabona has come out to say that John Obi Mikel was the one who helped him to keep Didier Drogba quiet at the 2013 Africa Cup of Nations.

Oboabona recently revealed that Mikel simply warned him to not allow Drogba to turn with the ball because that is when he is most dangerous in front of goal.

According to him, he heeded the advice and gave Drogba space to do anything he wanted with the ball except turning and this prevented the Ivorian from shooting at goal, which aided Nigeria’s qualification.

Oboabona added that the encouragement Mikel gave was very helpful and it made Super Eagles defenders confident throughout the tournament.

His words, “I remember a night before the game I went to Mikel because he was with Drogba in Chelsea,”

“I asked him, ‘What do you think is his key point’ and he said to me I should not allow him to turn and if he turns I’m finished. With this, it was a lot of motivation to me.

“Before the game when we were warming up Mikel came to me and Kenneth and told us not to allow Drogba to turn and I remember I had a coach in Nigeria, Fatai Amoo, my coach in Sunshine Stars.

“We had a striker, we call him Coulibaly, he’s from Ivory Coast or Senegal, and he told me if you have a striker who is very strong give him a little distance so when he wants to turn you can approach him.

“I remember this and what Mikel said and in the game, I was close to him but not man-to-man.

“When he chests the ball he is so powerful and so strong, I always give him space to do whatever he wants to do, when I see he wants to turn then I close him down and don’t allow him to shoot.

“The encouragement Mikel gave to me really helped me a lot and I think with Kenneth, gave us a lot of motivation in the game.”