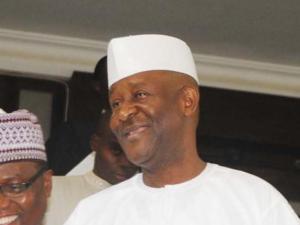 Governor Bala James Ngilari of Adamawa State has dissociated himself from a newspaper advertorial berating the presidency for its alleged involvement in the politics of the state, saying the sponsor of the advert is an agent of opposition parties, who wants to cause confusion in the Peoples Democratic Party (PDP) ahead of the coming general elections.

The  Director Public Affairs to the Governor, Mr. Phineas Elisha, in a press statement issued at the weekend, said the content of the said advertorial written by one Baba Rabo Jada claiming to  be a supporter of the governor, does not reflect Mr. Ngilari’s position.

“Gov. Bala James Ngilari in totality, distances himself from the advertorial, because it does not reflect his mind, as he is committed to President Goodluck Jonathan’s re-election bid.

“To put the record straight, the governor was never betrayed by President Jonathan over his (the governor’s) political ambition. On the contrary, Mr. President has been very supportive of Gov. Ngilari and indeed, the good people of Adamawa State”, the statement said.

While noting that genuine reconciliation had already taken place among PDP members in the state, the statement said the sponsor of the advertorial was a faceless individual unknown to either the governor or the party in the state.

LekkiMassacre: I Challenge Sanwo-Olu To Say The Truth About What Happened...

Sanchez Won’t Be Rushed Back From Injury – Wenger

Read About The Rise To Fame Of Nigerias Biggest Celebrities