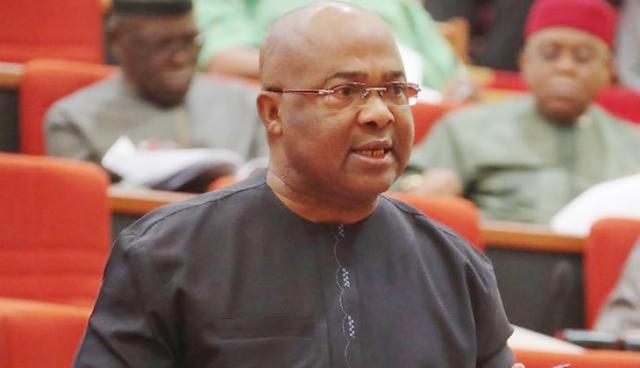 He revealed this recently when lots of APC supporters in Imo State staged a solidarity rally for him after his Supreme Court victory.

Hope cannot understand how a matter that concerns only Imo State is resulting in a nationwide protest.

According to him, FG and security agencies must investigate to know the true intention of the sponsors of such protest in Nigeria because it could be a takeover attempt.

He added that Nigeria will not stop being a united and indivisible country.

His words, “Why are they organising a nationwide protest on an event that happened in Imo? If they didn’t have ulterior motive to bring down the government, they could have held the rally in Imo State, where the Supreme Court passed a judgement”

“We are one united and indivisible country. We did not challenge the election on the grounds of violence or over voting, but we asked the court to add our votes which INEC did not include”

“I’m in charge and it is by the grace of God that I’m your governor”.

The Last Crisis The Ooni of Ife Settled

APC Is Best Placed To Move The Country Forward – Bolaji...

I Am Happy To Be Back In APC – Nuhu Ribadu