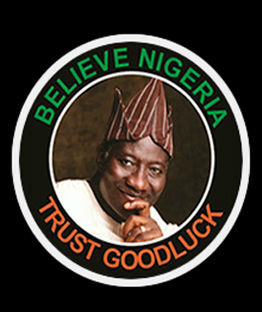 A statement issued by the secretary to the group, Morgan Omodu, on Friday, said “Our attention has been drawn to an online publication, ‘Believe Nigeria Trust Goodluck Dumps Jonathan For Buhari’. We want to say that the report is not only shocking to us, but damaging to the group and its relentless efforts in ensuring Mr President’s landslide victory in the February 14 presidential election.

“We have never at any point contemplated dumping President Goodluck Jonathan for Gen. Buhari of APC. We admit the fact that some of our members had been approached on individual basis to join the APC presidential campaign, but that is far as it went. We do not consider Buhari as alternative to President Goodluck, considering Mr President’s deliverables.

“I am issuing this statement from Calabar, Cross River State capital where I have gone to attend a youth rally in support of President Jonathan’s re-election. The National Coordinator, Mr Idris Usman is also in Ondo State with Governor Segun Mimiko, coordinating the Southwest campaign.

“Believe Nigeria Trust Goodluck, therefor, reiterates its commitment to the Jonathan project as our zonal coordinators and members are working vigorously to ensure Mr President is returned come February 14”.