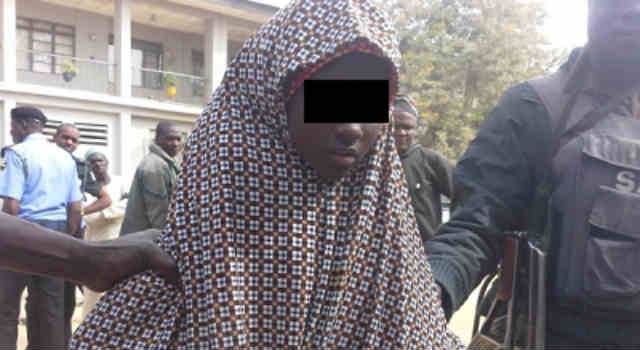 The Theatre Commander of Operation Lafiya Dole, Major General Yushau Abubakar, yesterday, revealed that troops under his command were able to neutralise 14 female suicide bombers during the Sunday’s attack on Maiduguri, the Borno State capital.

Abubakar said Maiduguri would have witnessed another major catastrophe had the the 14 suicide bombers successfully infiltrated the heart of the city.

Addressing journalists at the Operation Lafiya Dole media centre in Maiduguri, the theatre commander, Major General Abubakar, who was represented by the General Officer Commanding (GOC), 7 Division Nigerian Army, Maiduguri, Major General Lamidi Adeosun, said: “The female suicide bombers of ages between 12 and 18 tried to force their ways into Maiduguri with the intent of causing mayhem, confusion and panic but were intercepted by the troops of Nigerian Army on patrol”.

See also  Why I Parted Ways With Tinubu – Agbaje

“But unfortunately three of the suicide bombers detonated the IEDs killing 25 persons, while 85 others were injured”.

He said: “Some of the suicide bombers were gunned down by our troops, three escaped and one arrested which I believe they have averted what would have been a major disaster if they had gained entrance into Maiduguri.

“One of them went to a nearby house and requested for water to perform ablution but instead prepared herself and came to a nearby mosque and blew off herself killing one person while 13 others were injured”.

The theatre commander noted that the insurgents’ capacity to attack has been degraded “that was why they were bent on attacking soft targets”.

He, therefore, urged to the general public to always be vigilant and report any suspicious movement to the security outfits nearby.