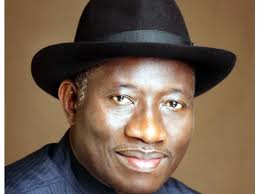 The project which will be completed within three years will serve to increase the company’s current production capacity of over one million metric tonnes to about four million metric tones, while creating a lot of jobs.

The report from the Press and Public Relations Department of the Ministry has indicated that President Jonathan, who was represented at the occasion by the Minister of Industry, Trade and Investment, Olusegun Aganga said that the new investment is a testimony of the global investors’ growing confidence in the Nigerian economy as well as the Federal Government’s commitment to transforming the Nigerian economy and leaving no region untouched.

He also disclosed that the Nigerian Government has commenced plans to bring down the price of cement and reiterated commitment to the provision of convenient environments for industry, trade and investments to thrive in line with the Transformation Agenda. “The cement industry is a perfect example of the transformation that can happen in an industry, based on the focused implementation of a well thought- out policy and a continuous partnership that harnesses the expertise of the private sector and the capacity of the public sector.  The commencement of the capacity expansion of AshakaCem Plc’s cement production project further buttresses the confidence that global investors have in the Nigerian economy, which is now the largest economy in Africa,” he stated.

According to him, the Nigerian cement industry presently has attracted $8billion in both local and foreign investments and supports approximately 1.6 million jobs. The industry, he noted also serves as the fulcrum of the housing and construction sectors which contributed 11.13 percent to Nigeria’s Gross Domestic Product in 2013.

He explained that Nigeria has become a net exporter of cement, describing the feat as something to be proud of. The President commended all the players in the industry for their focused implementation of the ‘Backward Integration Policy.’ He also commended the AshakaCem Plc for contributing to the transformation of the industry.

The Nigerian President pointed out that Government has commenced the plan of action that would promote the consumption and export of cement, enhance skills development and innovation in the industry as well as bring down the price of cement. “Having achieved tremendous success in boosting cement production in the country, the Government with the active collaboration of all stakeholders  has recently concluded work on charting the new strategic direction to further enhance efficiency in the industry,” he revealed.

“A report of these new ideas was recently submitted to the Federal Government for consideration. The new strategies which are designed to take the industry to the next level are expected to promote robust cement consumption in the country; adopt mechanisms to bring down the price of cement; promote the export of cement and enhance skills development and innovation in the industry.”

While stressing on his administration’s resolve to provide both the incentives and enabling environment to make the cement industry globally competitive in line with the Nigeria Industrial Revolution Plan, the President promised that the Nigerian people must produce what the country consumes and consume what it produces as a nation.

In order to reaffirm Government’s commitment to sustaining specific incentives and concessions meant to promote the cement industry towards becoming more globally competitive, the President noted that the development of the cement sector is a priority already identified under the NIRP. Adding, all the current and future investors in the cement industry should be assured that the Government will continue to provide the level playing field that would guarantee continuous growth and development in the sector.

Bruno Fernandes Will Be Remembered Like Ronaldo, Beckham At Mufc – Xavier