No Suitable Bids Yet For Ivan Perisic – Walter Sabatini 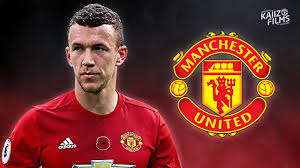 The technical director of Inter Milan’s owners Suning Sports, Walter Sabatini, says that no suitable offer has yet been received for Ivan Perisic.

The Croatian winger continues to be linked with a move to Manchester United, but the Nerazzurri are insisting on a reported €55 million and Sabatini says that kind of an offer has not yet arrived.

“What is this, a conspiracy?” Sabatini told Sky Sport ahead of his departure for China, where Inter arrived for a preseason tour on Wednesday.

“You all know what we want, but the offer has not yet arrived.”

Sabatini also dismissed reports Inter are on the verge of signing Patrick Schick, whose proposed move to Juventus fell through after both clubs agreed not to complete the transfer after his medical.

See also  Mesut Ozil Can Do Better At Arsenal

“There’s everything still to do — he’s still a Sampdoria player,” he said. “I don’t think we’ll talk to his agents.”

Gbenga Daniel Is A Man Of Quality – Sam Ohuotu

Ndigbo Must Come Together To Deliver An Igbo President ― Goddy Ezenagu

What Buhari Must Do To Ensure Peace In Niger Delta