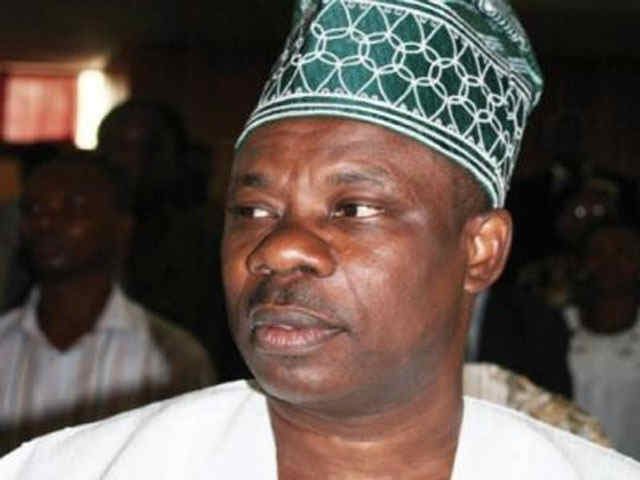 Ibikunle Amosun of Ogun state has reacted to a comment reportedly made by the chairman of the All Progressives Congress (APC), Adams Oshiomhole on the party’s governorship primaries in Ogun state.

In his response, Governor Amosun described the APC chairman as a liar.

The Ogun state Governor also alleged that the APC chairman was sent to weaken and kill the ruling party.

In a statement signed by his media aide, Opeyemi Soyombo said “For the avoidance of doubt, we state for the umpteenth time that there was no gubernatorial primaries in Ogun State other than the one held on October 2 that produced Hon. Adekunle Akinlade as governorship candidate.

“The attempt by Mr Issa-Onilu to confuse the issues is therefore belittling of someone holding a position of publicity secretary of a reputable political party.”

The Ogun state Governor also called on leaders of the party to call Oshiomhole to order.

According to Amosun, nothing will make him change his mind from supporting President Buhari.

He said “The people of Ogun State will not allow willing tools in the party’s national secretariat to hand over the state to some expansionist adventurers who are indesperate search for additional territories for their insatiable economic exploitation.”

“No provocation by Oshiomhole and his co-travellers who are working against the interest of President Buhari and the overall interest of the party will make him change my mind,” he added.

There has been calls for Oshiomhole to be removed following the outcome of the party’s primary elections held across the country.

Stop Assuming That The Pandemic Is Over – Pope Francis