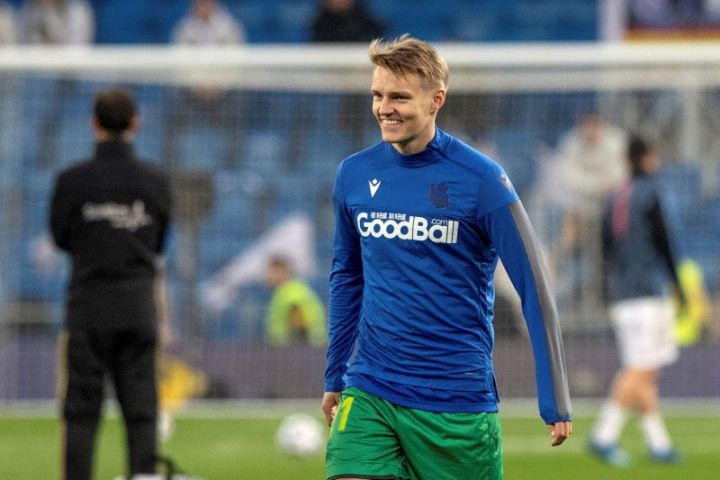 Manchester City boss, Pep Guardiola wanted to make Martin Odegaard the best player in the world when he was at Bayern Munich, Jan Age Fjortoft has said.

Jan recently revealed that Pep made his intentions for the youngster known before he joined Real Madrid.

According to him, Odegaard eventually joined Real Madrid because the club had a second team, and Liverpool, Arsenal, Bayern Munich did not.

He added that the fact that Zinedine Zidane was the coach of the second team was another added incentive for the youngster to move to Spain.

“Later, when we returned, I, as a coach of the Norwegian national team, invited Martin, his father and the national team coach to my home,”

“At that time I wrote down on a piece of paper which four clubs I thought at that time were closest to signing Odegaard. Liverpool, Arsenal, Bayern Munich and Real Madrid.”

“As you know, Liverpool was his favourite club, his childhood club.

“In my opinion, I still think the reason he ended up at Real Madrid was quite simple. Firstly, Real Madrid had a second team, the other three clubs didn’t.

“Michael Reschke, who is now at Schalke, was responsible for the recruitment of Munich at the time. I met him after Martin chose to go to Real Madrid and he told me: ‘If I had known that the second team would be crucial, I would have built a second team to achieve that’.”

My Wife’s Heart Is My Home – Yemi Osinbajo

The Food For Vulnerable Kids Campaign Was Never About Me – Rashford