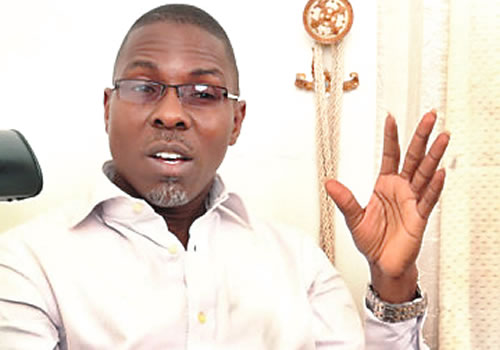 A member of the House of Representatives, representing Ijebu-Ode/Odogbolu/Ijebu-North-East Federal Constituency in the National Assembly, Mr. Kehinde Odeneye has denied reports in a section of the media that he has dumped his party, the All Progressives Congress, APC, for the Social Democratic Party.

Mr. Odeneye was reacting to a report which listed him among National Assembly members from Ogun State, who defected to the SDP following a breakdown in reconciliatory talks between former governor of the state, Aremo Olusegun Osoba and the incumbent, Senator Ibikunle Amosun.

The members of the House of Representatives, who purportedly dumped the APC, according to the report are: Kunle Adeyemi, Babatunde Olabode, Olumide Osoba, Abiodun Abudu, Odeleye Kehinde and Bukunola Buraimo.

In his reaction, the rep member said: “Contrary to reports that I have defected to the SDP, I am still a bonafide and committed member of the All Progressives Congress and have not at anytime defected or expressed the intention of defecting to any other political party”.

Odeneye urged all his supporters to disregard the news of his purported defection to SDP.

LVG Lied About Giving Me Enough Opportunities At Mufc – Januzaj

Afenifere Charges Buhari Not To Be Selective In Fighting Corruption, Urges...

Peekaboo, I See You: Government Authority Intended for Terrorism is Used...

I Am Open To Love – Juliet Ibrahim