The Ogun State Police Command has arrested a 51-year-old mother of nine from Abia State for allegedly running an illegal baby factory home in Mowe, Obafemi Owode Local Government Area of the state. 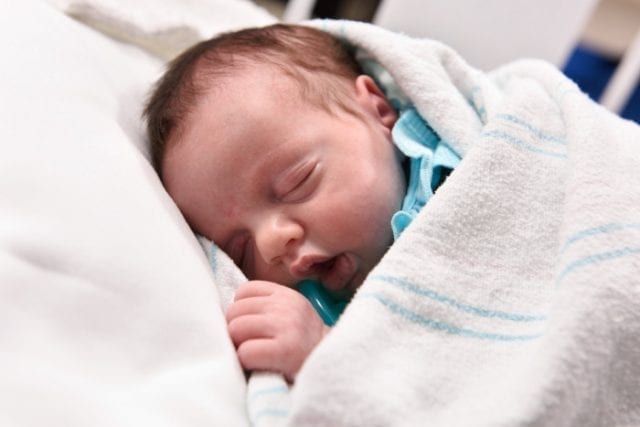 The suspect, Ogbonnaya Florence, was allegedly arrested in her hideout after about 11 of her victims were rescued by the police.

Speaking to Journalists at the Zone two office of the police force in Abeokuta, Florence denied the allegation of running an illegal baby factory home.

The suspect insisted she was duly registered with the Corporate Affairs Commission.

“I never went to anybody’s house or force anybody on the way or carry them by any other thing,” Florence said.

“They just peacefully came to me to lodge their complaint. If I can help them, I will tell them ‘okay I can help you.

The suspected operator of a baby factory in the Mowe area of Ogun State, Florence Ogbonnaya being paraded by the State Police Command in Abeokuta on December 14, 2020.

“I have never sold any baby or bought any baby from anybody. But I registered motherless baby home, childcare.”

Reacting to her arrest, the Police Public Relations Officer, Abimbola Oyeyemi, promised that the suspect would be duly arraigned before a competent court if jurisdiction to face the consequence of her action.

“The victims were drawn from various parts of the south-eastern states. Some were from Abia State, some were from Imo, Ebonyi states,” he said.

“She gathered them across the states of the south-east and brought them here for the purpose of human trafficking.

“The command has started an investigation on it. She is going to be charged to court again. She still has a case in court which is enjoying the bail granted by the court.”

Jimi Agbaje’s Response to Calls for Lagos to be Politically Aligned...