10 June 2015 – The security situation in Darfur is a very serious one, marked by a “deeply concerning” increase in violent attacks by armed assailants against United Nations peacekeepers and humanitarian personnel, the Assistant Secretary-General for UN peacekeeping operations told the Security Council today.

“Most worrisome is the devastating impact that [it] has had on innocent civilians and the obstacles it has created for their protection and for humanitarian assistance,” Edmond Mulet stated this morning, reporting to the Council “very limited progress” in the peace process.

Indeed, he stressed, the second phase of the Government’s military offensive, ‘Operation Decisive Summer,’ has resulted in high numbers of newly displaced people. At least 78,000 people have been displaced by conflict in Darfur this year, according to humanitarian organizations. In addition, the UN Office for the Coordination of Humanitarian Affairs (OCHA) received reports of some 130,000 additional internal displaced persons (IDPs), which it was not yet able to verify.

“Most of these unverified IDPs are said to be in the Jebel Marra area, where the heaviest fighting has been taking place and which is mostly inaccessible for humanitarian partners. There is also significant concern about reports of indiscriminate attacks against civilians, as well as other violations of human rights and international humanitarian law,” explained the UN official.

Moreover, intercommunal fighting led to periodic outbreaks of violence, he emphasized, also citing conflicts over resources as an aggravating factor, as well as broader political tensions and the actions of numerous paramilitary groups and militias, the proliferation of small arms and criminality, and the handling of insecurity by local authorities.

Despite the difficult operating environment, including movement restrictions and other obstructions imposed by the belligerent parties, Mr. Mulet assured Council members that the African Union-UN Operation in Darfur (UNAMID) remains resolute in its commitment to deliver on its strategic priorities.

“The adequate responses by units when attacked and the proactive approach shown when protecting IDPs are indicators of continuous improvement as a result of the change of attitude, robustness and training” requested by the implementation of the strategic review, he stated.

For the Assistant Secretary-General, the most significant achievements of UNAMID over the reporting period were the establishment of “protective areas” and instances in which peacekeepers repelled or prevented attacks against civilians, conducted robust patrols to affected villages and escorted humanitarian missions during intercommunal clashes.

As for the formulation of an exit strategy for UNAMID, even though an outcome has not been produced yet, the African Union-United Nations team has explored the idea of a “two-pronged approach” with the Sudanese Government, he continued.

“First, UNAMID’s proposal is based on the achievement of the Mission’s benchmarks and premised on a political solution to the conflict based on direct talks between the parties, starting with a cessation of hostilities.”

The exit strategy, emphasized Mr. Mulet, is also based on the gradual and phased withdrawal of UNAMID’s force from West Darfur, where there have not been any major fighting in two years, complemented by a progressive handover of its tasks to the Government and the UN Country Team. Three other team sites in North and South Darfur, in areas that do not necessitate the Mission’s presence, would also be closed.

However, acknowledging that the prospect of a definitive end to the crisis seems to be “wishful thinking” in the current environment, the Assistant Secretary-General said the UN Secretariat, in agreement with the Council for Peace and Security of the African Union, has requested from the Security Council the extension of UNAMID’s mandate for an additional year, until June 2016. 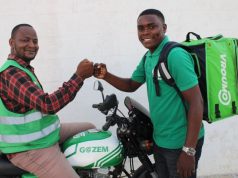 #Nigeria > Asset Declaration: President Buhari Can No Longer Pretend To...

I Can Still Improve – Lewandowski

Protests Can’t Force Any Senator Out Of Office – Ali Ndume

Patience Ozokwor Has Something To Say About Ghollywood Filmmakers