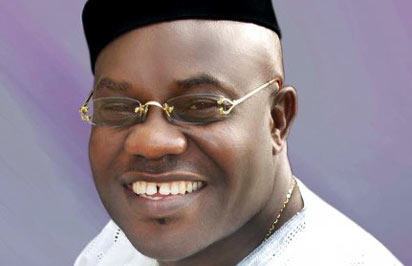 The State Working Committee (SWC) of the Peoples Democratic Party (PDP) in Osun State has sacked its Director of Media and Publicity, Mr Diran Odeyemi.

The SWC, in a statement signed by the party’s publicity secretary, Prince Bola Ajao, also renewed its confidence in the chairman of the party, Alhaji Gani Olaoluwa, as he has been able to stabilise activities of the PDP as a a true democrat.

“since Mr Odeyemi had shown himself as an uncontrollable irritant, it is important that the party excuses him to allow him engage in his cash-and-carry media management,” the statement read.

Odeyemi, however, described his purported sack as a rude joke, claiming that it probably stemmed from ignorance in party management and intellectual deficiency.

“It is a voluntary position assigned to me with no pay. I remain the director of media. Olaoluwa inherited a united PDP, but sacked two former governors in the party and thousands of members, including his former deputy and the secretary of the party.

“I remain a loyal member of the PDP and can never be intimidated or chased out,” Odeyemi said.

“Asking for the financial record of the party with over N700 million which had passed through his hands is a legitimate request, which does not require name calling or blackmail. It is a simple request from we, the concerned members of the party,” he added.

“His response shows the disaster in having a former NURTW member as the chairman of a vibrant political party in Osun State.

“We will not leave the party in the hands of a tout, but will remain in it to salvage it. Our demands are the financial records of the party; no more, no less,” Odeyemi said.

‘Sunderland Will Park The Bus To Stay Up’ – Allardyce

David Umahi Has Been Probing Me Since 2015 – Martin Elechi