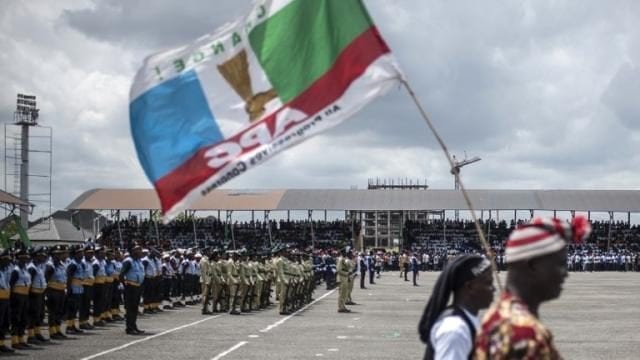 The Campaign Organisation of Mr Tony Nwoye, the Governorship Candidate of the All Progressives Congress (APC) in Anambra, says the huge turnout at the Onitsha rally is an acceptance of the party.

The Flag-off Committee Chairman, Mr Azuka Okwuosa, said this while speaking with newsmen in Awka on Wednesday.

Okwuosa lamented about the destruction of the party’s campaign billboards and posters by other political parties and urged opponents to play by the rules.

“It was not surprising that from the inception of the campaign, APC posters and billboards were being destroyed and defaced to provoke our reaction.

“It is an act of desperation by some political parties without programmes for the people. Allow the electorate to judge from what they see from the signage,’’ he said.

“We want to engage in ideological and issue-based campaign, not on mudslinging and blackmail,’’ he said.

No Ruler Talks About Justice In Nigeria – Seun Kuti