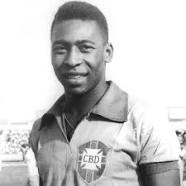 Football legend Pele has been asked to return N133m ($300,000) to Akwa Ibom State Government after failing to attend an event in 2014.

According to reports, Pele was paid the sum to attend the opening of the Godswill Akpabio International Stadium

Pele was unable to attend the event after his agent had received the appearance fee of $300,000 from the Akwa Ibom State Government.

According to African Football, Akwa Ibom State Government have asked the Brazilian football legend to return the money as did not honour the contract.

“The Akwa Ibom Government want their cash back, but so far all their efforts have proved abortive,” the source said.

“They want all the $300,000, but some experts in the business have advised they should angle for a part of this sum.

“Pele’s people have continued to insist they were not the ones who breached the agreement and so they could not be liable.

“And that by the time a new date for the opening of the stadium was fixed, their client was committed to another engagement.”