A Nigerian man who is identified as a police officer has shared a social media video in which he was seen attempting to kill demonstrators of Operation #EndSARS.

He did not specify his location, but the police officer revealed that he was prepared to kill at least 29 people, adding that he had 30 bullets in his pistol.

The policeman, speaking both in Yoruba and Pidgin English, vowed that he would not take nonsense from anyone he knew. He said he was prepared to take the lives of innocent people without remorse. He also revealed that, if need be, he is prepared to end his own life with the remaining bullet.

His statement comes in the heat of the abolition of the SARS Special Anti-Robbery Squad. Young people on the micro-blogging site, Twitter and other social media platforms urged the federal government to immediately ban and eradicate the Nigerian Police Force unit.

The police officer, yet to be identified, also alluded to the extrajudicial killing of an unarmed young man in Ughelli, Delta State. 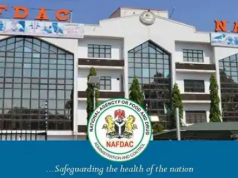 I Have Done Shows With The John Butler Trio – Passenger

Lagos Explosion Was Caused By Gas Cylinder, Not Suicide Bomber –...

Women in Senegal: Breaking the chains of silence and inequality