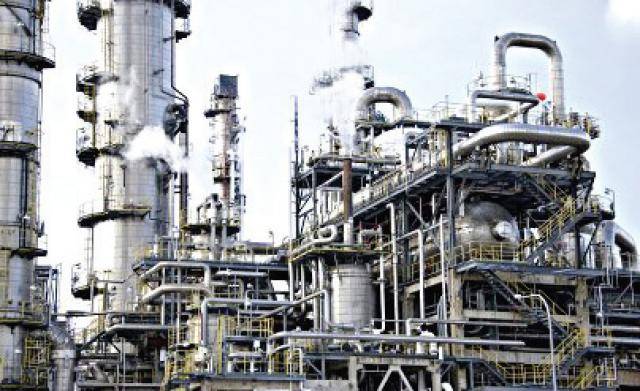 The Nigerian National Petroleum Corporation, NNPC, stated yesterday that the Port Harcourt and Warri refineries are expected to contribute about 8.5 million litres of Premium Motor Spirit, also known as petrol, per day to the country’s fuel supply, in the next couple of days.

The NNPC in a statement signed by its Group General Manager, Group Public Affairs Division, Mr. Ohi Alegbe, stated that the Port Harcourt and Warri refineries have been successfully re-streamed after a nine-month phased rehabilitation exercise conducted by its in-house engineers and technicians.

According to Alegbe, the Port Harcourt refinery is projected to boost the nation’s local refining capacity with a product yield of five million litres of petrol per day while Warri refinery would contribute 3.5 million litres of petrol to local refining capacity.
He stated that both plants have commenced preliminary production of petroleum products after successful test-runs. While Port Harcourt Refineries Company, PHRC, is ramping up its operation to about 60 percent of its 210,000 barrels per day (bpd) name plate capacity, Warri refineries and Petrochemical Company, WRPC, production is projected to hit 80 per cent of its installed 125,000 bpd capacity.

Alegbe noted that the NNPC had to adopt the phased rehabilitation strategy after the Original Refinery Builders, ORB, who were initially contacted for the project came up with unfavourable terms.

“Though a decision was taken in 2011 to rehabilitate all the refineries using the ORB of each of the refineries, we were impelled to switch strategy after the ORBs declined participation and nominated some partners in their stead who came up with outrageously unfavorable terms.”

READ  Why PDP Stalwarts Are Trooping To Our Party — APC

He further stated that the nominated partners, as sole-bidders came up with humongous price offers after two years of thorough and exhaustive scope of work definition and price negotiations, adding that the proxies were also unwilling to provide post rehabilitation performance guarantees.

“The phased rehabilitation strategy which entailed phased and simultaneous rehabilitation of all the refineries using in-house and locally available resources in line with the spirit and letter of the Nigerian Content Law, also involved the use of Original Equipment Manufacturer representatives to effect major equipment overhaul and rehabilitation,” he explained.

Alegbe further noted that with the successful re-streaming of the PHRC and WRPC, attention has now moved to the 110,000 barrels per day Kaduna Refining and Petrochemicals Company which is billed to come on stream soon.