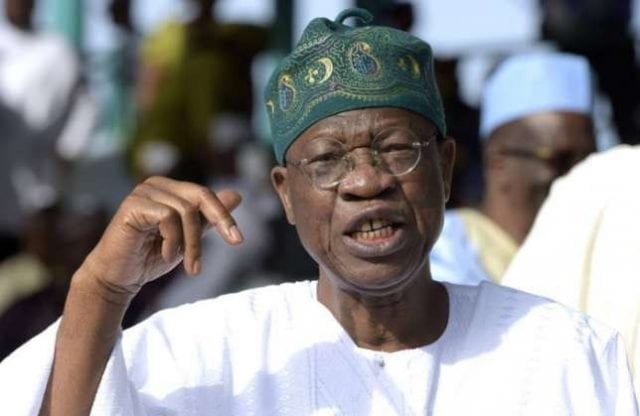 The Minister of Information and Culture, Alhaji Lai Mohammed has said he had nothing to do with the Hate Speech Bill at the National Assembly.

Speaking today in Lagos, Lai revealed that the allegation made against him by Sen. Francis Fadahunsi representing Osun East Senatorial District is nothing but a lie.

According to him, this is the kind of fake news the Hate Speech Bill is trying to fight.

He added that he is still fully committed to sanitizing social media.

His words, “You must have read the fake news attributed to Sen. Fadahunsi that I am behind the hate speech bill at the National Assembly, and that the senator who is sponsoring the bill is fronting for me

“This is a typical example of the fake news we are trying to fight.

“I am not the sponsor of the hate speech bill at the National Assembly. However, I remain committed to sanitising the social media.

“I have said that all stakeholders will be involved in determining the modalities for regulating the social media.”