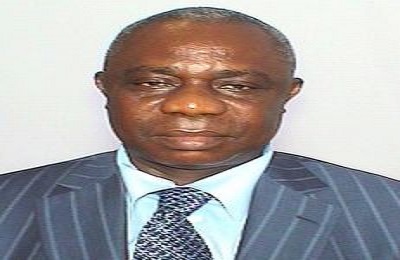 Paulker, one of the disqualified governorship aspirants on the platform of PDP for the forthcoming Bayelsa guber polls, said this in Yenagoa on Saturday at a forum with members of his campaign organisation.

The Senator, who expressed his displeasure at his disqualification by the PDP’s zonal screening committee in Port Harcourt, Rivers State, stressed that internal democracy remained key to democracy in Nigeria.

He lamented that since his inexplicable purported disqualification, the party’s appeal panel had yet to come out with the result of their screening.

During the screening, Paulker, a three-time Senator, and a former Chairman of Kolokuma-Opokuma Local Government Area, Chief Ebikitin Diongoli, were disqualified, leaving Governor Seriake Dickson as the sole candidate of the PDP.

“Regarding our disqualification, up till now, the appeal panel has yet to come out with the result of the screening.

“Power comes from God. Irrespective of parties, Bayelsa belongs to all of us. If a government is formed tomorrow, all of us will benefit from it. Any government in power owes all of us a duty of service.

“Like I told them at the screening panel, when they criticised me that members of the All Progressives Congress attended my ceremonies, I said the party required more Paulkers now than ever because we require ambassadors to go out of this party to canvass for votes in order for us to win”.

The Senator noted that democracy had come to stay in Nigeria, but warned of any attempt to make mockery of the process by shutting some people out of contest for political offices.

Deposed Liverpool out to keep pace at Crystal Palace

I Am Not Scared Of Nigeria’s Political Terrain – Omoyele Sowore