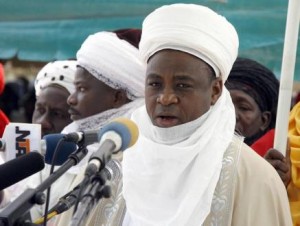 The Sultan of Sokoto, Alhaji Sa’ad Abubakar III, has expressed concern over the increasing agitation for Biafra by some Igbo groups.

The Sultan said in order to prevent the situation from deteriorating any further, the northern traditional council would soon send a delegation to meet with their South-East counterparts.

Sultan Abubakar made this known yesterday at the second General Assembly of the Northern Traditional Rulers’ Council in Kaduna.

The Sultan, who chairs the council, said millions of Igbo resident in all parts of the country were not in support of the renewed agitation for Biafra, hence, the need to send delegates for a dialogue to allow peace to reign.‎

He said: “We are very much concerned about this issue because we know we have millions of millions of Igbos residing with us in our homes, in our towns, in our states, very peacefully, very industrious, helping our communities and our economy to grow and so many of them as we know, keep telling us that they have nowhere else to live than where they are presently living.

“Since we have this coordination with millions and millions of them, what is happening now is a thing of concern to us and we believe we should look at this issue and most likely set up a small committee of senior traditional rulers to go to South-East and engage our brothers there (traditional rulers) so that we will know how we can come in to stop this agitation”.

The Sultan, however, commended some Igbo leaders and governors who have spoken out against the agitation, adding that it must be condemned totally because, “we believe in dialogue, whatever the problem is with anybody, we believe we should sit down and discuss and a solution will be found”.

Anti-Open Grazing Law Is The Best Way To Go In Benue...

Police Not A Security Arm Of Our Party – APC

Ribadu Extols Shema, Says He Changed The Face Of Governance In...