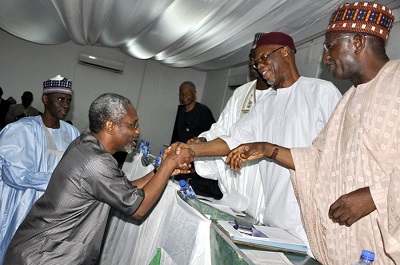 A former Aviation Minister, Chief Femi Fani-Kayode, on Sunday, urged the Peoples Democratic Party members in the House of Representative to vote for Femi Gbajabiamila as the next Speaker of the House.

Gbajabiamila, on Saturday, emerged the consensus candidate of the All Progressives Congress for the position of Speaker of the 8th House of Representatives.

Gbajabiamila, who represents Surulere I Federal Constituency, polled 154 votes out of 182 votes to beat Yakubu Dogara in a mock election conducted by the APC in Abuja on Saturday. Dogara, however, rejected the outcome vowing to contest in the main election to choose a Speaker by the entire House on Tuesday.

See also  Constitution Review: 'Not Too Young To Run' Movement marches to the National Assembly

Fani-Kayode, who was the Director, Media and Publicity of the PDP Presidential Campaign Organisation in the 2015 general election, expressed delight that Gbajabiamila, who he called “my friend and brother”, emerged as the consensus candidate on his official Twitter page on Sunday.

He said, “I am glad that my friend and brother Femi Gbajabiamila has emerged as the APC consensus candidate for Speaker of the House of Reps. I urge the PDP House members to vote for him”.