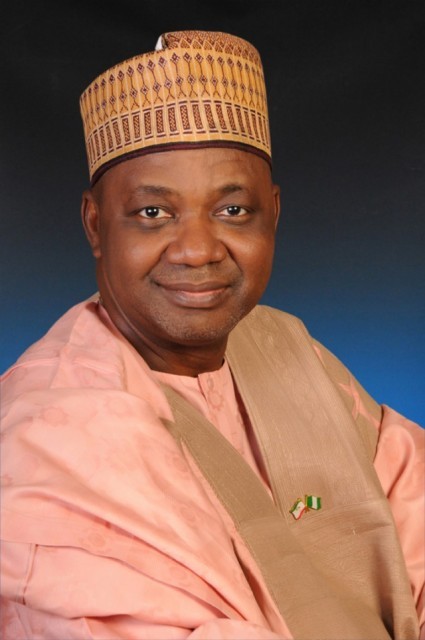 Nigeria’s Vice President, Mohammed Namadi Sambo has commended Nigerian engineers for driving the infrastructural development of the country. He gave this commendation on Tuesday December 10, 2013 when he received in audience at the State House Abuja, the President of the World Federation of Engineering Organisations, Marwan Abdelhamid, who was led by the President of the Nigerian Society of Engineers (NSE), Mustapha Balarabe Shehu.

Namadi Sambo stated that the President Goodluck Jonathan administration has high regard for the Nigerian engineer; noting that for any country to achieve its developmental objectives, its engineering aspect of the human capacity must be developed and supported. He further revealed that he is a fellow and member of the NSE and indicated that the present administration through the Transformation Agenda has made it mandatory for Nigerian engineers to be fully engaged in all facets of the infrastructural development of the country; including power supply, transportation, education, health and agriculture, among other sectors of the economy.

Sambo, expressed delight for the hosting rights granted Nigeria for the 2014 World Conference of Engineers, assuring that government would not only support NSE and its involvement in the WFEO, but would ensure success for the conference. He further stressed that the event would showcase Nigeria’s developmental strides to the engineers who would be participating from all over the world.

He congratulated the President of the WFEO for his election as well as the past President of NSE, Olumuyiwa Ajibola for his appointment as adviser to the WFEO President.

In his remarks earlier, the President of the WFEO, Marwan Abdelhamid commended NSE for being a strong and important member of the world body; adding that the WFEO sees Nigeria as the voice of Africa in the body. He also commended the Nigerian government for its support to the NSE.

Marwan Abdelhmid disclosed that the body has over ninety three countries in its membership, representing over twenty million engineers all over the world. He added that the body has its headquarters in Paris, France at the UNESCO Building. He lamented that only eighteen countries are represented from Africa and expressed hope that with the Abuja declaration which emphasises the need to increase African membership, these would be overcome.

While calling on Nigeria to support the hosting of the WFEO conference, which would hold in 2014, the WFEO President stated that Nigeria was given the hosting rights during the conference in Slovenia in 2012 with the theme: “Sustainable Development Goals in Infrastructure and Water.”

Other members of the delegation were the Palestinian Ambassador to Nigeria, Muntasar Abdelzaid; the Executive Director of the WFEO, Mrs. Tahani Youssef as well as members of the NSE.

Don’t Depend On Me To Solve Your Marital Problems, Says Jonathan...

NDLEA Arrest Two Women With 1.5kg Of Cocaine Inserted In Their...