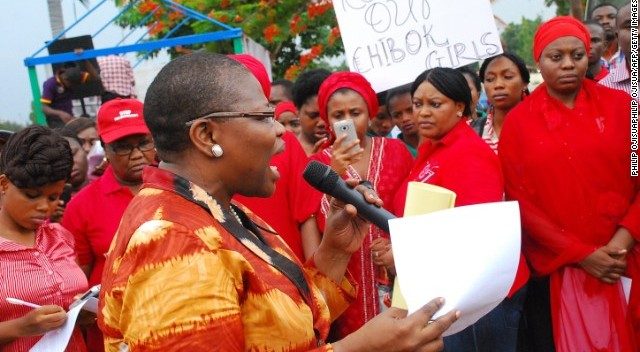 Oby Ezekwesili has reacted to the suspension of the Chief Justice of Nigeria (CJN), Walter Onnoghen.

Onnoghen was suspended on Friday, January 25, 2019, following allegations that he failed to declare his assets.

Ezekwesili, in a statement issued on Twitter, accused President Buhari of abusing the principle of separation of power.

She also called on the President to reverse the suspension, which she described as a constitutional violation.

The statement reads: “Unconstitutional action! You, Mr President @Mbuhari are a grave danger to our fragile Democracy. What happened to the Constitutional provision 292 on Discipline of Judges? Nigerians will not allow you the license to imperil our Democracy. WE shall #Fight4Naija. It is OUR DUTY.

“There are only but a few Nigerians today that are not shocked and embarrassed at the case made against the CJN but come on, Mr President @MBuhari, you have GROSSLY ABUSED the principle of Separation of Powers in our Democracy by FAILING TO FOLLOW DUE PROCESS. Reverse that ABUSE.

You know what’s worse, @NGRPresident @MBuhari, it is the fact that observers of your usual nepotistic instincts could already predict where you were headed with the Judiciary. You DIVIDE your people too much by your words and actions. WE have had enough of such poor Leadership.

“So, I advise the @NGRPresident to immediately reverse this constitutional violation and take the matter to the @NGRSenate so 2/3 of them can consistent with their power of confirmation and sack do the right thing on this matter. Don’t truncate our Democracy. It was HARD won.”

PDP Grieved By Borno Attacks, Stands With Buhari On Moves To...

Insurgency Slowing The Pace Of Development Projects In North-East – Maku