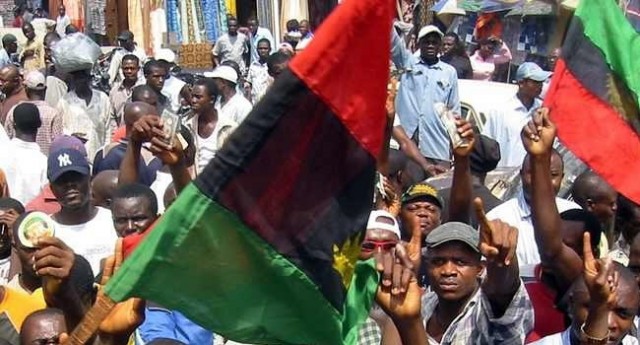 The All Progressives Congress (APC) in Lagos State, yesterday, warned anyone planning to hold a demonstration in the State under any umbrella to discontinue such as the State will not take it kindly. This came ahead of Wednesday’s allegedly planned rally by members of the Indigenous People of Biafra, IPOB, in parts of Lagos.

In a statement by its Lagos State Publicity Secretary, Mr. Joe Igbokwe, the APC said considering the heightened security challenges the state is facing, it will be foolhardy for any group to hide under the guise of protest to compromise the security of the state and be allowed to do it freely.

“As a party that governs Lagos, it will be derelict of us to watch a group of politically-sponsored hoodlums tamper with the tight security system that has been effortlessly put in place by the state government to combat increasing crime rates in the state,” Lagos APC said.

“We cannot allow these hoodlums, sponsored by politicians that failed woefully in the last general election, to unleash mayhem on peace loving Lagosians so as to achieve dark political aims that run parallel to the interests of Lagosians.”

The Party criticized the sponsors of the planned protest as people who want to throw Lagos State into needless mayhem by their act but reiterated the state’s readiness to mete out to them the appropriate antidotes for such folly.

“Knowing full well that hoodlums are meant to capitalize on any so-called protests to unleash mayhem on Lagosians and compromise its tight security, we have no doubt that the brains behind the protest have very sinister intents the state will not allow.

“We warn every market leader to desist from acts or plots meant to weaken or compromise the security of Lagos as the state will henceforth take measures to ensure that any market that allows itself to be used as grounds for acts that compromise the security of the state will be thoroughly scrutinized to ensure bad eggs are forced out of such markets.”

The party, therefore, called on Lagosians to be law abiding and report the masterminds of such evil plots that endanger the security of lives and properties in Lagos to appropriate security agencies for prompt action.

IPOB, had in a statement, yesterday, on its Facebook page disclosed that it will be embarking on a Lagos Mega Rally/Protest slated for Wednesday 16th and Thursday 17th December, 2015.

“The Rally which will kick-off on the morning of Wednesday 16th Dec. 2015 will see us march from … axis of the city via Alaba Int’l market down to Mile 2 on the first day of the protest after making a stop over at Trade Fair Int’l market complex to intimate our people over there about the rally,” the statement by IPOB read.

READ  I Never Stripped Anyone Naked At My Hotel – Kenneth Gbagi

“We shall be demanding for the unconditional release of director of Radio Biafra & TV, Nnamdi Kanu and all other Biafrans in the custody, as well as a right for self-determination during the March/Protest,” the statement read. [APC]

NASS To Forward Detailed Copy Of Budget To PMB Today

Liverpool Is Going To Be Another Big Game – Smalling