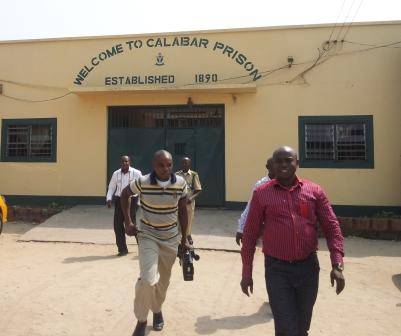 Speaker of the Cross River State House of Assembly, Mr. John Lebo, on Thursday vowed that the state would resist any move by the Federal Government to transfer Boko Haram suspects to prison facilities in the state.

He stated this during his maiden press briefing in Calabar, the state capital.

According to the speaker, the state could not accommodate the suspects despite having six prisons in different locations in the state.

Lebo said, “We will resist relocation of Boko Haram suspects to Calabar Prisons or any other one in the state”.

He also reiterated the Assembly’s commitment towards making good laws that would impact positively on the lives of the citizens.

Lebo, who represents Abi State Constituency in the House, also stressed the need for a robust relationship between the legislature and the executive, which, he believed, would help in strengthening democracy in the country.

While dismissing speculation in some quarters that the 8th Assembly would be a rubber-stamp legislature, the speaker pointed out that the best way to achieve desired results was by maintaining a harmonious relationship with all arms of government.

“The legislature under my watch in Cross River will make laws that will bring transformation to our state and this cannot be achieved by fighting the executive. The best way to maintain the integrity of the House is to maintain the history of synergy and performance, which is a common factor in Cross River State”, he said.

Adekunle Gold Has An Alter Ego?