10 Years After Establishment, Plateau State University Has Not Produced A Graduate | #Nigeria 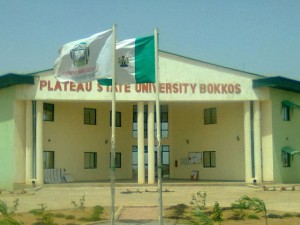 Plateau State Governor Simon Lalong has decried delay in the graduation of students 10 years after the State University (PLASU) was established.

The governor who made this known when he visited the National Universities Commission in Abuja on Tuesday said the lack of lecturers, incessant interference, lack of facilities and inability to get accreditation of its courses have been the major causes of delayed graduation of two sets of students since its inception in April 2005.

He sought the support of the Commission in the areas of accreditation, recruitment of more lecturers as well as diaspora professors to ensure that the university is on the part of stabilization and undue interference.

“Currently, there are two sets of final years without any of its 17 programmes accredited. However with what has happened to the institution and the crisis of confidence, public perception and spontaneous reaction by the students and parents, there is urgent need for the government to be seen actively involved, in ensuring a repositioning of the university and its programmes,” he said.

The governor said that the university needs laboratories and class rooms, appropriate staff recruitment, offices and office equipment, library and purchase of relevant books> He noted that additional efforts in the areas of stabilization of the institution and general infrastructural development will complement its preparedness for the accreditation exercise.

He further said that “The University will require a grace period of between 4 to 6 months from now to fully accomplish the execution of the above to properly fulfill the accreditation needs”.

Lalong promised to work assiduously to give the university a new leaf adding, however, that he cannot do it alone.

Speaking earlier, the Executive Secretary of  the NUC, Professor Julius Okojie said state governments have been encouraged to establish their own institutions, adding that universities bring development as best of practices comes from the university system.

He also urged the Plateau State government to ensure that the Vice-Chancellor of PLASU, Professor Doknan Sheni, who was dismissed after a year, be reinstated as soon as possible, adding that he must complete his tenure as the VC.

“I must tell you that those students will graduate, we will ensure that once you put those things in place, the structure on ground, you are ready for us to come for accreditation.”

Okojie promised to get three professors for PLASU that would be paid through TETFund. He, therefore, assured of staff recruitment just as he promised that the students will graduate after ten years but asked that they write a leave of absence letter to the Senate as 10 years is too long a time for a student to stay in a University.