Xhaka Is Comfortable At Arsenal – Brother 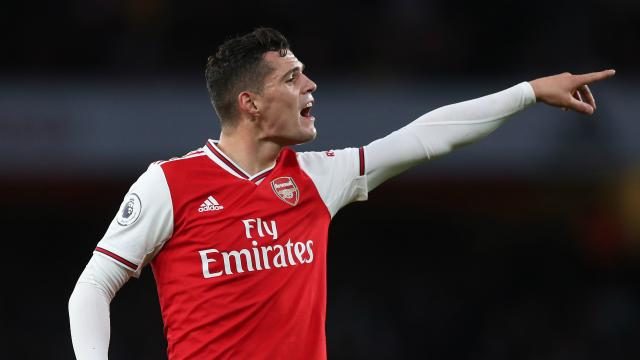 Granit Xhaka will not be leaving Arsenal this January to join Hertha Berlin, his brother has said, despite rumors linking him with an exit.

According to his sibling, Xhaka told him that he would love to remain in London because he feels very comfortable at Arsenal.

He added that he is not even sure if Hertha Berlin is a concrete option.

His words, “Granit told me that he definitely wanted to stay in the Premier League,”

“I don’t know whether Hertha was a concrete option for him at all, but he’s very comfortable at Arsenal.”

“I tried to convince him that way. He thought about it, he had a very positive response afterwards, and I think he changed his mind.”