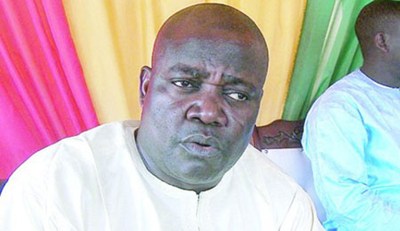 Helicopters have been sighted air-dropping insurgents in thick forests around the Wukari local government area of southern Taraba State which has been a theatre of violent bloodbaths recently, the Senate heard yesterday.

The revelation would be the second time in two months that senators would be hearing of the air-dropping of insurgents and or weapons in the North East of Nigeria.

It would be recalled that on March 20, the Senate Deputy Minority Whip, Senator Abu Ibrahim (APC/Katsina State) had also informed his colleagues that locals in the areas that were attacked by armed bandits in the state had reportedly seen helicopters air-dropping armed fighters in forests days before attacks that left over 100 people dead in the zone.

There has been no official reaction to this latest information but when such allegations were raised in the past, the military authorities discountenanced it, saying it was impossible.

This time around, it was Senator Emmanuel Bwacha, representing Taraba South Senatorial District, who told his colleagues that communities around Wukari have reported suspicious movements of helicopters in the area.

Information Nigeria reports that scores of residents have been killed and many others displaced due to violent clashes between various ethnic groups in Wukari and its environs in the last three months.

“I want to say that our attention has been drawn to a suspicious movements and activities around Dakar in Taraba state and it is believed also that a helicopter is dropping materials and personnel around there and we fear that this may be another Sambisa that is in the making in Taraba state”, Bwacha said.

He, therefore, requested for the establishment of a military barrack around the flashpoint in Wukari to safeguard lives and property.

“I will appeal to Mr President that a barracks should be established in this same flash point, Wukari in particular, so that this will safeguard lives and property”.

The senator took his colleagues down memory lane as he recalled that last December, Senator Alkali Jajere from Yobe state had informed the red chamber of reports about helicopters suspected to be ferrying food supplies and weapons to insurgents in the Boko Haram infested Sambisa forest in Borno state.

He, therefore, appealed to the president to take urgent action on the recent resolution by the Taraba House of Assembly for the Federal Government to take over the security in the state.

Ruling on the matter, Senate President David Mark said order 43 does not require any debate and promised to take up the matter with the appropriate authorities.

Digital Marketing Gives You a Better Look at Your Business

Impetus Recognised as One of 100 Great Places to Work in...