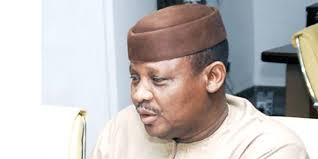 The Chairman, Senate Committee on Federal Character, Senator Dahiru Awaisu Kuta, has been buried in accordance with Islamic injunctions.

The senator, who died on Thursday after a protracted illness in Lagos, was buried on Friday at Minna Muslim Cemetery along Eastern Bye-pass after a two-rakat prayer at the Emir of Minna palace.

The late senator was aged 64.

His body, which was flown to Minna, the Niger State capital on Thursday night, was conveyed in a motorcade from his Okada Road residence at about 9:30am to the Emir’s Palace at about 10am for the final burial rites.

The body was later conveyed in a long motorcade to the Muslim Cemetery where it was interred.

Special prayers were later said by many Islamic clerics at the palace for the repose of the senator’s soul.

In his tribute, former military President Babangida described Senator Kuta’s death as a personal loss to him.

“We have lost another committed Nigerian who devoted his life to the development of the masses and the less privileged.

“He ensured that whatever he chose to do are well executed to the letter. We have lost a real Nigerian”, Babangida lamented.

I Wish All My Kids Came From One Woman – 2baba

God Is Angry With Buhari – Fayose