The government of Israel has installed new security cameras on Sunday at the entrance to a flashpoint holy site in Jerusalem, an official told dpa, following violent clashes between Israeli police and Palestinian protesters.

Israeli Prime Minister Benjamin Netanyahu convened a cabinet meeting Sunday morning and is expected to hold another meeting of the security cabinet Sunday night to discuss security measures at the site known to Muslims as the Noble Sanctuary and Jews as the Temple Mount.

The cameras come in addition to metal detectors installed at the entrance to the site after three men – described by police as “Israeli Arabs” – shot and killed two Israeli police officers near the compound more than a week ago.

The stringent measures and restrictions on worship at the al-Aqsa mosque in the compound triggered protests from Palestinians and clashes over the weekend.

At least three Palestinian protesters have been killed in street clashes with police and 400 wounded in and around Jerusalem and the West Bank since Friday.

At the start of the weekly cabinet meeting, Netanyahu condemned the killing on Friday of three Israelis in the West Bank settlement of Neve Tsuf, north-west of Ramallah, by a Palestinian man.

The 19-year-old attacker, whom Netanyahu called “a beast incited by Jew-hatred,” posted on Facebook shortly before the attack that he was seeking to defend the al-Aqsa mosque.

The prime minister said that Israel will destroy the home of the attacker and “decide accordingly” on further security measures.

Israel’s Public Security Minister Gilad Erdan said that the metal detectors should stay unless an alternative security plan is devised. “We cannot give in to threats,” he said in a statement on his Facebook page.

Meanwhile the head of the Arab League, Ahmed Abul Gheit, warned Israel on Sunday that Israel is “playing with fire and risking igniting a major crisis with the Arab and Islamic worlds.”

According to a spokesman for the Cairo-based Arab League, Abul Gheit accused Israel of involving religion in its decades-old dispute with Palestinians.

Palestinian President Mahmoud Abbas said he was cutting all ties to Israel after the deadly violence, a decision that was met with apparent indifference from Israel’s Defense Minister Avigdor Liberman.

“We will manage,” Liberman said in a interview with the Israeli news outlet Ynet on Sunday. 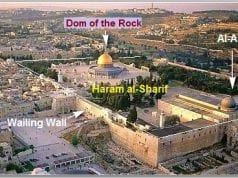 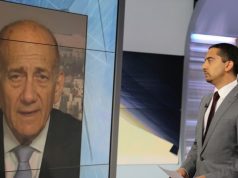 Is Israel at Risk of becoming an Apartheid State?

Results Will Be Released After The Easter Break – JAMB