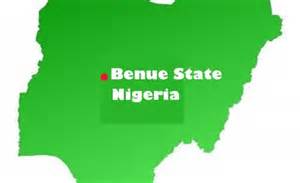 Dr. Stephen Hwande, a PDP governorship aspirant in Benue, has said that the incumbent Governor, Dr. Samuel Ortom, has not justified the confidence reposed on him by the elect0rate in 2015.

“Ortom has not performed. He is a failure and does not deserve another tenure,” Hwande told newsmen on Monday in Makurdi.

He said that Ortom, who defected from the APC to the PDP last week, had taken the state backward and impoverished its residents.

“Ortom has nothing to show for the massive debts he will be leaving behind in 2019,” Hwande, a Consultant Gynaecologist, said.

The aspirant said he was in the race to “redeem the image of my immediate community, Nongov, where Ortom hails from”.

He said that the rural communities were worse hit by Ortom’s non-performance, regretting that it was still impossible to connect one rural community with another because of lack of access roads.

“There are no health facilities to cater for the health needs of our rural dwellers which leads to high rates of maternal and child mortality.

“Children still attend classes in thatched huts, while water supply is generally zero. We cannot continue like this,” he said.

The African Union deeply concerned by the situation in Libya

So the Wizkid and Davido Beef Continues