The residence of Senator Teslim Folarin, the legislator representing the Oyo Central Senate District in the National Assembly, has been broken into by some hoodlums.

Empowerment items worth millions of naira were stolen from the lawmaker’s residence at the Oluyole Estate extension in Ibadan, the capital of Oyo State, during the incident that took place on Saturday.

The angry crowd was reported to have gained entry into the senator ‘s house by smashing the entrance doors and windows amid reports of looting in parts of the country.

In the process, hundreds of bikes, deep freezers, and food items were stolen, intended for the empowerment of his constituents.

Government officials and security forces in the state have verified the incident.

According to the Oyo State Joint Security Outfit tagged “Operation Burst,“ five persons have been arrested in connection with the looting.

Security operatives say five persons have been arrested in connection with the incident, and two others who were found with stolen arms.

They added that efforts were ongoing to apprehend more suspects involved in the attack on the lawmaker’s residence.

The operation hinted that two other suspects were arrested in the early hours of Saturday with stolen arms recovered from them.

Following the incident, relative calm has returned to the area and other parts of Ibadan. 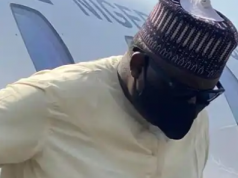 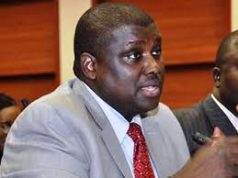 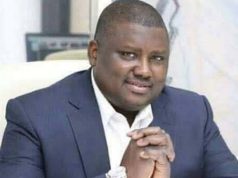 It’ll Be Dangerous For APC To Forcefully Eject Ekweremadu From Office...