Victory was claimed on Sunday by Algeria’s main moderate Islamist party the Movement of Society for Peace (MSP) in the country’s early legislative elections. 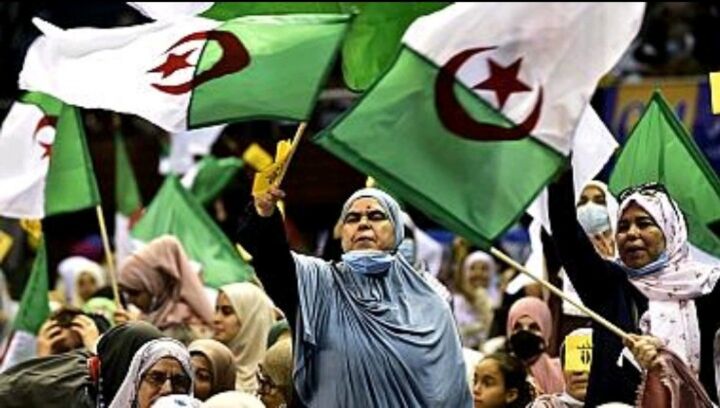 The party also issued a warning against any attempts as was allegedly done in the past, to tamper with the election outcome whose first results are still pending publication.

“We call on the President of the Republic (Abdelmadjid Tebboune) to respect the popular will,” insists this party, the main parliamentary opposition formation, which had decided to participate in the election to “contribute to the desired change.

The Independent National Authority for Elections without explicitly naming the MSP, has refuted the party’s perceived “unfounded” statements and might not reveal provisional results for several days after postponing the initial announcement Saturday due to a complicated vote count.

The MSP win, if confirmed, will not be a surprise as some analysts already predicted a relative majority for the party.

Moderates
These legalist parties, which reject any connection with the former Islamic Salvation Front (dissolved) and the Islamist terrorism of the civil war (1992-2002), claim to be “ready to govern”.

“They claim to be moderate Islamists and do not pose a danger to democracy,” said Algerian political scientist Mansour Kedidir on the eve of the election.

The main issue, the provisional national turnout reached only 30.20%, according to Mr. Chorfi, less than the last two legislative and less than the presidential 2019, which had seen Mr. Tebboune be elected with only 40% participation.

“Raz-de-marée abstentionniste”, headlines Liberté. This confirms, according to the French daily, “the heavy tendency to reject the election”.

But whatever happens, the government will live with it.

President Tebboune has already estimated that the turnout was “not important”. “What matters to me is that those for whom the people vote have sufficient legitimacy,” he said.

The voting operations were generally calm in Algiers and in the provinces, except in Kabylia, a traditionally rebellious Berber-speaking region.

Before the elections, the Hirak, which claims in vain a radical change of the “system” of governance in place since independence (1962), had denounced an “electoral masquerade”. The secular and left-wing opposition boycotted the elections.

However, the government is determined to impose its electoral “roadmap”, ignoring the demands of the Hirak: rule of law, democratic transition, popular sovereignty, independent justice.

Independent
Some 24 million Algerians were called to elect the 407 deputies of the National People’s Assembly for five years. They had to choose from among 2,288 lists, of which more than 1,200 were declared “independent”.

This is the first time that such a high number of independents were running against candidates endorsed by parties that have been widely discredited and blamed for the crisis in the country.

Their score could decide the balance of the next assembly.

The regime has tried in recent months to stifle protest, banning demonstrations and increasing the number of arrests and prosecutions of opponents, activists, journalists and lawyers.

Some 222 people are currently imprisoned for acts related to the Hirak and/or individual freedoms, according to the CNLD.

Believing that it has already responded to the demands of the Hirak, the government has for several months denied any legitimacy to this movement without real leaders, which it accuses of being instrumentalised by “foreign parties”.

These are the first legislative elections since the unprecedented and peaceful popular uprising, which began on 22 February 2019 with the rejection of a fifth term for President Abdelaziz Bouteflika, who was forced to resign almost two months later after 20 years of rule.

Campaign Ends In Algeria Ahead Of June 12 Legislative Polls

AFCON Showed Mahrez How Good He Is – Pep Guardiola