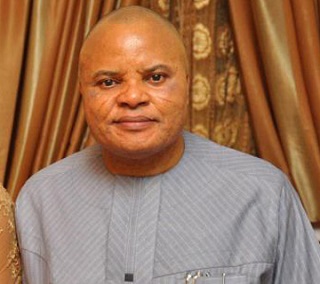 The Imo State chapter of Peoples Democratic Party has expelled Senator Ifeanyi Araraume and 19 others from the party.

Among those expelled are Jerry Chukwueke and Humphrey Anumudu, who were governorship aspirants of the party.

A statement issued in Owerri, the state capital yesterday, said that after an executive committee meeting of the party on May 4, 2015, attended by the chairman of the party in the state, Barr. Nnamdi Anyaehie, deputy chairman, Gen. S. Nlemchukwu Chikwe, and 49 others, the aforementioned were expelled from the party for alleged gross anti-party activities during the recent governorship election in Imo State.

See also  Only God Can Help The Igbo People - Fayose

The statement said that the 20 expelled leaders worked against the interest of the party in the just concluded general elections, a situation that confirmed their involvement in gross anti-party activities.

It would be recalled that immediately the party lost the March 28 presidential election, some PDP stalwarts defected to the APC.

Araraume, who also contested the Imo PDP governorship ticket but lost to Deputy Speaker of the House of Representatives, Emeka Ihedioha, joined the APC and worked to ensure the re-election of Governor Rochas Okorocha in the poll, despite his filing of a court case against Ihedioha.

In reaction to his expulsion, Ararume, through his chief adviser, Dr. James Okoroma, said that PDP has embarked on another wild goose chase.

See also  Our Battle Against Corruption Is Still On - Yemi Osinbajo

He said the PDP in Imo State can never stop practicing evil, adding that his principal has, however, taught them a lesson in the state.

He asked: “How can they suspend people who have left them?”