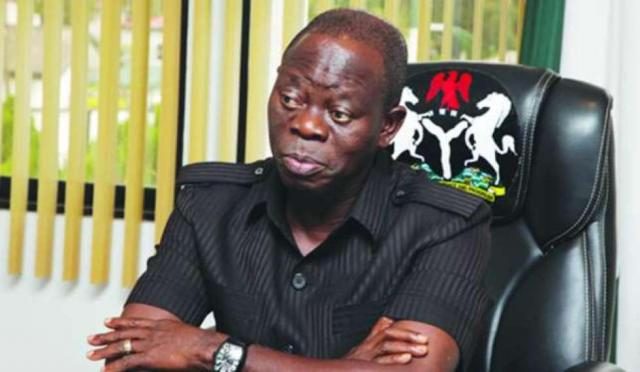 The Lagos State chapter of the All Progressives Congress (APC) on Sunday officially named Dr Obafemi Hamzat as the running mate of Mr Babajide Sanwoolu, its governorship candidate for the 2019 elections.

The Chairman of the party in the state, Alhaji Tunde Balogun announced Hamzat’s choice at a news conference in Ikeja.

The News Agency of Nigeria (NAN) reports that speculations about the choice of Hamzat, a former Commissioner for Works became rife after he stepped down for Sanwoolu shortly before the primary.

Balogun said Hamzat was selected after wide consultations by the Apex decision making body of the party with other important stakeholders.

He described Hamzat as a competent hand, saying the party had no doubt of the complementary role he would play in helping Sanwoolu move the state forward

“After the endorsement, it is important for me to publicly and officially present Dr Kadiri Obafemi Hamzat as the running mate of our candidate, Mr Babajide Sanwo-Olu for the 2019 gubernatorial election in Lagos State,” he said.

Sanwo-Olu, commended the choice of Hamzat as his running mate, expressing confidence that the former Commissioner would help realise a better Lagos.

He said he had known Hamzat for years personally and professionally and that he could vouch for his competence and integrity to help deliver a better Lagos.

“Dr Obafemi Kadiri Hamzat and I have been players in the same political matters for many years.

“We have been friends and brothers for close to two decades and he is a man of deep intellectual knowledge. He is a man of high level of integrity.

“He is competent and I know he is going to help greatly to deliver the Lagos of our dream. With a technocrat like Hamzat, we will take Lagos to the next level,” he said.

My Love For China Is Just Beginning – Peter Obi