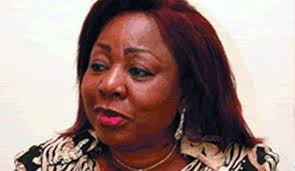 Leader of the Bakassi people, Senator Florence Ita Giwa, who is a delegate at the ongoing National Conference and Chairman, Conference Committee on the Environment, has pleaded with the Federal Government to compensate her people.

The ex-Senator, while contributing to the report of the Committee on Foreign Policy and Diaspora Matters, said the ceding arrangement, which was ordered by the International Court of Justice in the Hague and executed by the then President Olusegun Obasanjo’s administration, was just to show to the world that two countries could settle a dispute without necessarily going to war or staying perpetually in court.

According to Ita-Giwa, it would have been a misplaced priority if the issue of ceding Bakassi to Cameroun led to war between both countries, adding that all the people needed to be placated was better settlement through compensation.

She appealed to other stakeholders to prevail on the Federal Government to adequately compensate the people of Bakassi peninsula even though they have been relocated.

Commenting on the Green Tree Agreement, she said that Nigeria, after the end of the military intervention, subjected herself to that jurisdiction in The Hague.

“Nigeria was obliged to abide by that ruling as we were told that by being obliged to that ruling, we used Bakassi as a litmus test to show to the world that two countries can settle a dispute without loss of blood and without staying forever in court”, she said.

See The Long List Of Female Artists Who Have ‘Second Hand’...