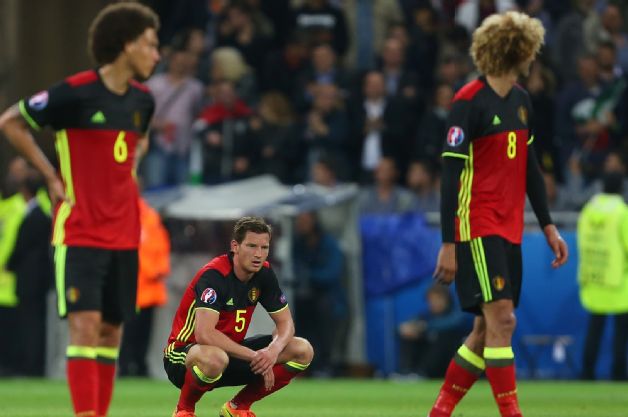 Belgium were at a loss to explain their astonishing collapse against Switzerland on Sunday, when they threw away a two-goal lead, conceded five goals in an hour and missed out on the final four of the Nations League.

Some players felt the World Cup semifinalists might have got carried away after they went two goals ahead after only 17 minutes.

Certainly there was a point shortly after their second goal when Belgium were passing the ball around in midfield to cheers from their fans where they seemed to be tempting fate.

“Arrogance? No, we were surprised on counter-attacks, we forgot to defend well,” coach Roberto Martinez said after the 5-2 defeat.

The Swiss, who lost 2-1 in Brussels, qualified for the semifinals on their head-to-head record after both teams finished with nine points in Group A2.

“It’s very difficult to give an explanation. We started well, then at a certain point, Switzerland had nothing to lose,” added Martinez after losing only his second competitive match since taking charge following Euro 2016.

“We gave them opportunities to come back in the game. We must come out stronger, try to understand what we have done wrong. It is all the more painful that we had started very well.”

Midfielder Thomas Meunier said Belgium had “everything in our own hands” after their flying start.

See also  Kelechi Iheanacho Will Stay With Us - Claude Puel

“It was a perfect game for us. We could have scored even more,” he said.

“I think we just thought we reached the final four already. Tonight was the worst match with the Red Devils in my career.”

Goalkeeper Thibaut Courtois agreed that the team thought they were home and dry.

“I think after our 2-0 lead the feeling went into our team, that this cannot go wrong,” he said. “But this is a high-level competitive match and hopefully not reaching the final four will teach us a lesson for the future.”

I wish my Son became a Banker, Doctor, and Lawyer – 2face’s Mum

I Am Still In APC – Shehu Sani