The United Kingdom Prime Minister, Boris Johnson, faces an uphill battle to recover more than three and a half years of lost business investment and confidence, warns the CEO of one of the world’s largest independent financial advisory organizations.

The warning from Nigel Green, founder and chief executive of deVere Group, comes after Mr Johnson’s Conservative party secured an emphatic win with a pledge to ‘get Brexit done’ in the UK’s general election.

Investors welcomed the news. The markets jumped and the pound experienced its biggest rally in almost three years.

Mr Green says: “With a clear majority in the House of Commons, the grinding parliamentary Brexit deadlock that has had a stranglehold over the UK will finally come to an end.

“There is now a clear mandate for Britain to leave the EU with Mr Johnson’s deal on January 31.

“The lifting of some of the crippling uncertainty has been welcomed by the markets, the pound and business.”

He continues: “However, now that Mr Johnson has this ‘powerful mandate’, he must use the momentum and immediately begin to recover the more than three and a half lost years of business investment and confidence that the Brexit saga created.

“The Prime Minister and his new government need to do two things as a matter of urgency.

“First, they must set out firm and unequivocal assurances around a no-deal Brexit for the end of 2020. After the passing of the Withdrawal Agreement, they have a tight, 11-month deadline to secure a deal. As such, the UK could still leave the EU without a deal if trade negotiations are not concluded in a timely and successful manner.

“Another cliff-edge of no-deal Brexit would serve as another hammer blow for investment and economic growth.

“Second, Mr Johnson’s administration must actively seek to implement pro-business policies sooner rather than later to stoke enterprise and investment.”

Mr Green goes on to add: “Brexit has cost Britain many tens of billions of pounds. Brexit has inflicted reputational damage on the UK on a monumental scale, which has created unprecedented uncertainty and impacted economic and social progress.

“Now that haemorrhaging of opportunity and money must end.”

The deVere CEO concludes: “The parliamentary paralysis might have ended but the Brexit process hasn’t. Now the hard work begins.

“For Boris Johnson to maintain the election bounce, he must act quickly and decisively to keep uncertainty at bay. There is much at stake.” 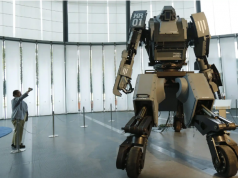 UK Sets To Make Robot A Quarter of Her Army 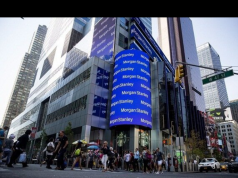 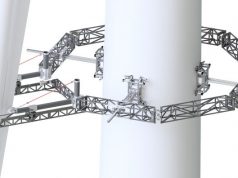 Adekunle Gold Taking Fashion To The Next Level

My Stylist Hooked Me Up With My Birthday Dress — Mercy...

#Politics: Ukraine swears in new president amid glimmers of hope

Boko Haram: Nigeria To Recall To Troops From Peacekeeping Operations