In order to counter new foreign sanctions, China started with ‘Wolf Warrior’ diplomacy to dissuade G7 member states from imposing new sanctions against Beijing under pressure from the US. 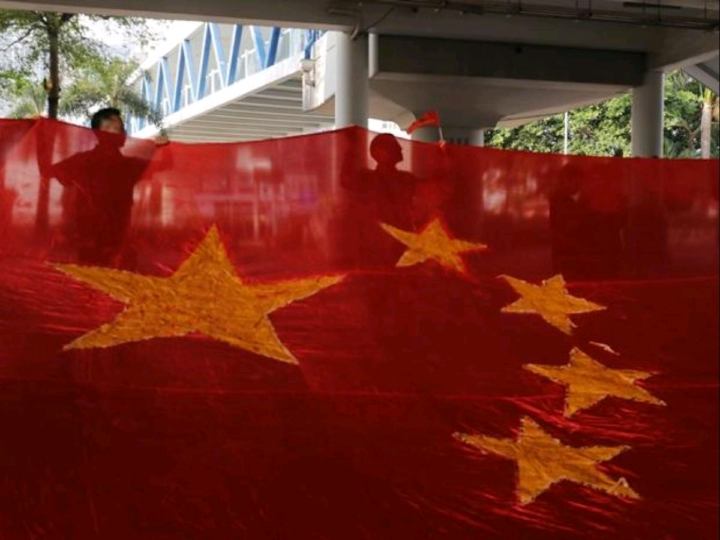 Moreover, it was Xi himself who bolstered the Chinese public’s sense of nationalism as part of a strategy to further consolidate his power and increase his prestige.

In an opinion piece in Newsweek, Jianli Yang wrote that over the past two years, Xi Jinping demanded that Chinese diplomats demonstrate a “fighting spirit” and take a tough stance on Sino-US relations and international challenges.

The Standing Committee of the National People’s Congress of China hastily passed its new law on countering foreign sanctions before the 47th G7 summit convened in England.

It was done in response to concerns about forced labour in Xinjiang and the suppression of human rights in Hong Kong. G7 and European Union countries imposed sanctions on certain Chinese companies and individuals, after which Beijing imposed counter-sanctions on the countries in question.

Doing so would demonstrate the shared resolve of the seven most powerful countries in the West to resist totalitarian China. Beijing was wary of this, and thus deemed it necessary to take preventive actions, wrote Jianli.

See also  Amid US Withdrawal, China Ramping Up Its Involvement In Afghanistan

The law is intended to influence countries that are not as strong as the United States and the United Kingdom (such as Germany, Japan and other states that are less willing to stand up against China) to consider the cost of Chinese countermeasures and choose not to go along with US sanctions.

Nearly six months since US President Joe Biden took office, China has clearly demonstrated that Washington must shed the illusion that US-China relations can return to some sort of pre-Donald Trump status quo.

Seeing that the relationship between the US and China isn’t getting better, Beijing feels justified in using all available means and tools to counter the West’s attempt to contain China, reported Newsweek.

At a CCP Politburo study meeting held on the afternoon of May 31, Chinese President Xi Jinping instructed officials to do a good job of telling the “Chinese story”–to propagate the voice of China, ensure that China has an international voice commensurate with its comprehensive national power and global status, “grasp the right tone,” be “modest and humble,” pay attention to the “strategy and art of the ‘public opinion struggle'” and “elevate the persuasiveness of Chinese discourse.”

The fact that the CCP’s diplomatic efforts have hit a brick wall beyond China’s borders is not essentially a question of the choice of words, tone, or posture adopted by Chinese diplomats. Rather, the fundamental problem is one of soft power.

As long as Xi fails to change his “great diplomatic philosophy,” as long as he continues to rely on strong nationalist sentiment to maintain his power and prestige, and as long as the CCP maintains its present course and continues to commit gross violations of human rights, then no matter what superficial changes Xi makes with respect to form and style, no one will regard him as trustworthy, respectable, or likeable and China’s wolf warrior diplomacy will continue to rear its ugly head time and again.

China’s passage of the Law on Countering Foreign Sanctions makes it abundantly clear that Xi does not intend to reduce his confrontational approach, let alone abandon confrontation altogether, reported Newsweek.

Although the law increases deterrence against multinational corporations in the US and other Western countries, it will undoubtedly lead to more resistance, wrote Jianli.

The West, especially the United States, will not lift sanctions against China simply because of the law’s introduction. On the contrary, it may provoke the US to use even more power and resources to fight China, reported Newsweek.

Of course, Beijing must have considered such consequences when introducing the law, but despite knowing what the result would be, the CCP rushed to pass it before the G7 summit. This demonstrates that Xi is ready for an escalated confrontation between China and the United States as a result of the law.

China Blames US For Stalemate In Relations, As Talks Begin

As Blinken Heads To India, His Deputy To Represent US In China Talks

China Imposes Sanctions On Us Officials, Entities Under Anti-foreign Law

Presidential C’ttee On Corruption Will Be Committed To Nigerian People, Says Sagay | #Politics

The Nigerian Army Organized A Coup During Rivers Elections – Wike