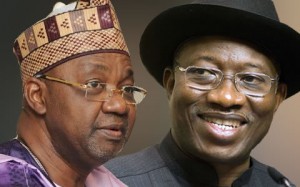 The Code of Conduct Bureau (CCB) has cleared Vice president, Namadi Sambo to contest the 2015 election, where he will be vying as running mate to President Goodluck Jonathan.

He was accompanied by Governor Mukhtar Yero of Kaduna and received by the Kaduna State, INEC Resident Electoral Commissioner, Alh, Aliru Aliyu Tambuwal.

The Vice President prayed for the peaceful conduct of the general election and pledged that the administration of President Jonathan was determined to deliver free and fair elections in 2015.

The Day We Fight Back: Poland Fights Back Against Unchecked Surveillance