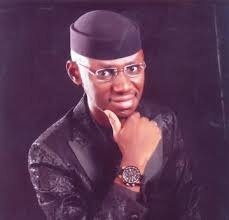 Former Deputy National Publicity Secretary of the All Progressives Congress (APC), Timi Frank, says it would be impossible to rig an election in Nigeria without the approval of the President, Independent National Electoral Commission (INEC) and security agents.

Frank stated this while reacting to an announcement of by the governments of the United Kingdom and the United State of America to deny anyone who disrupts the 2019 general election visa into both countries.

In a statement on Friday, January 25, 2019, Frank urged UK and US governments to “hold” President Buhari and the INEC Chairman, Mahmood Yakubu, responsible if the elections are manipulated.

While commending the both governments for the decision to ban election riggers, Frank noted that some politicians and their families have always consider those countries as safe heaven after robbing the voters not only their votes.

“In a case where the INEC chairman sneaked into the presidential villa to take order as we have revealed in the past, such body can not be neutral and such INEC boss has lost all his integrity, if any to conduct a free and fair election,” Frank said.

“In 2015, the then INEC boss refused to succumb to the dictates of the ruling government and that’s why opposition party was able to take over the government at center and in many states but we can not say the same of the current leadership of INEC.

“One of the examples is the public outcry against the INEC imposed guideline that allow rigging and seems to favour the ruling party against others but the INEC boss still went ahead to approve.”

My Boys Have An Extra Competitive Mentality – Mourinho

Children’s Day: Safety of the Nigerian Children is Non-Negotiable – Saraki

My Players’ Schedule Is So Demanding – Pep Guardiola