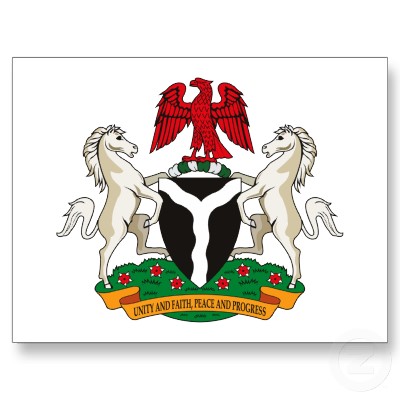 ABUJA (Federal Ministry of Power Report) – The Minister of Power, Chinedu Nebo (Professor) at the recent graduation ceremony of the National Power Training Institute of Nigeria (NAPTIN) announced an automatic employment for the three best graduating students and the offer of cash rewards worth N150,000 and N100,000 for two categories of awardees.

The Minister expressed satisfaction with the training curriculum, saying it has prepared the graduands to truly become engineers, skilful enough to operate in the delicate power sector as they have been imbued with formal knowledge and skills. He added that the two sets of trainees, who make up the group since his assumption of duty will help address the dire need for skilled manpower for the sector, indicating that the sector has suffered neglect of skilled workforce under both NEPA and PHCN regimes.

Chinedu Nebo averred that he is more confident now than he was in the time past because the sector is currently prepared for the envisaged astronomical leap in its  activities towards ensuring uninterrupted power supply to Nigerians. “This mission lies under the objectives of the Transformation Agenda which also has the job creation component and local content aimed at enabling Nigerians to take their rightful positions in the future of the sector,” he noted.

He commended the vision of the originators of NAPTIN as they have incorporated Training Policy for Power as a way of setting service-wide standards that all private operators must adhere to.  According to the Minister, it is in keeping faith with this resolve that General Electric has also incorporated local capacity-building into its plans for the new plant being built in Cross-River State. He further enjoined all stakeholders to think out of the box by embracing new approaches to tackling the various challenges facing the sector, especially training modules and research efforts capable of bringing to fore the new opportunities that abound in the power sector.

While setting the agenda for the new graduands, the Minister warned them against utilising the skills acquired during their training at NAPTIN in unproductive and deplorable  future endeavours.

Also speaking at the event, the Chairman of the House Committee on Power, Philip Aduda (Senator) challenged the graduands to use the training for the protection of power assets, even though they are in private hands, assuring the Institute of continuous legislative support.

The Chairman of the Nigerian Electricity Regulatory Commission, Sam Amadi (Dr) in his goodwill message commended NAPTIN for its continuous efforts at capacity building, insisting that the graduands after their training at the Institute have been considered good enough to fill the technical capacity gap which had skewed against engineers and other technical staff in the time past. Adding, it was because of this that the sector’s development partners have identified and supported NAPTIN’s programmes.

He advised that the Institute should keep abreast of changes from the digitalized world, inferring that in the near future, things like risk engineering and financing expertise will be incorporated into the curriculum.

Earlier in his address, the Permanent Secretary in the Ministry of Power, Godknows Igali (Dr) called on the new graduands to take their training seriously as the opportunity has distinguished them as persons capable of working in the newly privatized power sector. He disclosed that 189 graduands have been given Presidential acceptance to be employed, stressing that this development is a wake-up call to those States that have failed to sponsor students, in spite of the fact that they have un-used quota to explore.

Nigerians Are Patriotic And Consistent In Supporting Me – Buhari