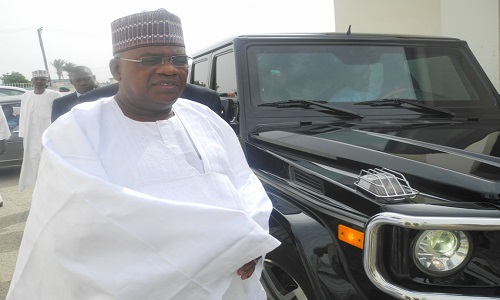 A witness in the ongoing trial of a former governor of Gombe State and serving senator, Danjuma Goje, Shehu Mohammed Atiku, has told a Federal High Court, Gombe that the ex-governor forged the Resolution of the House and collected N5 billion loan facility from Access Bank.

In a statement on Monday by the EFCC spokesman, Wilson Uwujaren, the witness, while testifying, told the court that, “as the Admin Officer of the House, I chair management committee of the House, keep the record of House proceedings and maintain its records”.

However, the court had to cut short the proceeding and adjourn for further hearing owing to the fracas that ensued as suspected political thugs invaded the court premises and disrupted the proceedings.

The thugs also launched attack on the accused persons and others outside the court premises during which the second accused person, Aliyu El-Nafarty and one other person, were seriously wounded.

In the ensuing melee, the statement said vehicles were vandalized including that of the defence counsel, Paul Erokoro, SAN.

“The attack forced the presiding judge, Justice B. O. Quadri to adjourn to November 25, 2015.

“Justice Quadir condemned the attack and directed both counsel to do a report on what happened, which he promised to forward to the Chief Judge, Federal High Court for necessary action”, it said.

Recall that Goje, alongside four other accused persons, was arraigned by the EFCC on charges of conspiracy, money laundering and embezzlement of funds belonging to the state government while he was Governor of Gombe between May 2003 and May 2011.

Nobody Should Wash Your Pant For You – DJ Cuppy

I Was Unkwown When I Acted Alongside Genevieve Nnaji, RMD –...

2015: Presidency, PDP Strategise On How To Win More States

Otunba Ademola Adeleke was never a member of our party, Osun...