Jack Ma, the co-founder of Alibaba Group Holding Ltd., is traveling to Europe for the first time since a bruising government crackdown on his tech empire, according to Hong Kong media reports.

The 57-year-old billionaire is in Spain after a stop in Hong Kong, according to a report in the Alibaba-owned South China Morning Post. Ma is abroad for a series of business meetings, including a tour of the agricultural industry and environmental technology in Spain, the paper said.

An Alibaba spokesperson declined to comment on Ma’s whereabouts, referring queries to his foundation. The foundation didn’t immediately respond to an emailed request for comment.

Beijing kicked off sweeping reforms of the private sector a year ago by pulling the plug on a planned initial public offering by Ant Group Co., an Alibaba affiliate also founded by Ma. That was followed by an antitrust probe of the e-commerce giant Alibaba for alleged abuses of its market power. Ma, who typically kept a prominent profile, largely disappeared from public view in the months that followed.

See also  China Trying To Influence Media, Businesses In US, Other Places - Pentagon 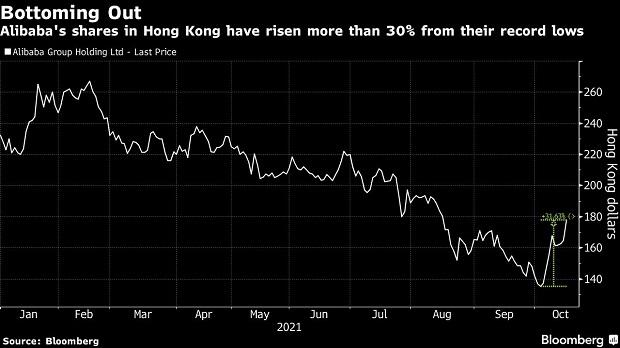 The Communist Party’s campaign moved on to other targets, including delivery giant Meituan and private tutoring companies. Alibaba paid a record $2.8 billion antitrust fine and promised to reform its practices.

Alibaba’s shares — and China tech stocks more broadly — have rallied as investors wager that the worst of the crackdown is over. Alibaba shares surged as much as 9.2% on Wednesday and have climbed more than 30% from a low earlier this month.

US, EU In Agreement On Rising Chinese Assertiveness In Indo-Pac, Says Sherman

My Entitled Relatives Keep Trying To Live Off Me – Ifu Ennada

Ronaldo Is Playing At His Best Again – Sarri