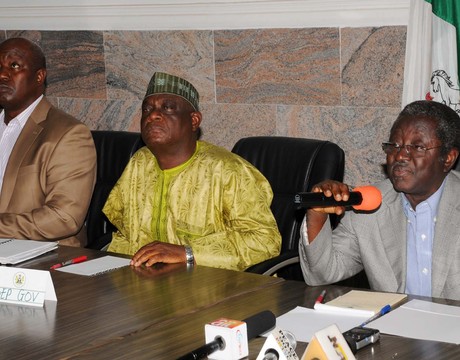 Governor Jonah Jang of Plateau State has named his son, Yakubu, as the state Commissioner for Lands and Urban Planning.

Prior to his latest appointment, Yakubu was his father’s Special Adviser on Special Duties.

A statement by the Commissioner for Information. Mr. Mohammed Abubakar announcing Yakubu’s appointment, said he will take over from Mr. Yilji Gomwalk, who has been chosen as the running mate to the Peoples Democratic Party governorship candidate for the 2015 governorship election in the state, Mr. Gyang Pwajok.

Abubakar, who briefed newsmen in Jos on Sunday, said the appointment was to allow for continuity in governance.

Abubakar Shekau Has Not Escaped To Cameroun – Nigerian Army

I Will Continue To Cry Out Against Unmitigated Intimidation – Timi...