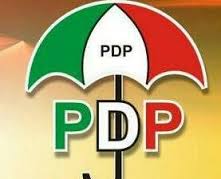 Former Minister of Information, Labaran Maku, has given the Peoples Democratic Party (PDP) one week to correct irregularities in the party’s governorship primary in Nasarawa state.

Maku, who lost the PDP governorship primaries, gave the ultimatum on Saturday while addressing youths in Wakama Village, Nasarawa-Eggon Local Government Area (LGA) of the state.

According to him, no amount of intimidation from any group would stop him from becoming the governor of the state in 2015.

“It is the people of the state that called me to contest for governorship seat in order to rescue them and bring peace to the state, and I have answered their calls,” the former minister said. “But what went on in the primaries of our party the PDP, was uncalled for and everybody is aware of that.

“I want to tell you that there is no going back on my gubernatorial ambition come 2015.

“Those who are thinking that my political ambition is stunted should start having a rethink, my 2015 governorship ambition is still on course,” Maku added.

He said that he had already written a petition to the appeal panel set up by the national headquarters of the party challenging the outcome of the primaries.

If elected in 2015, Maku promised to restore peace in the state within six months and reposition the state for total transformation.

He, however, described President Goodluck Jonathan as one of the best presidents the country had ever produced, using all parameters of developments. He therefore urged his supporters to back the president in his reelection bid.

Man Utd Have Made A Very Important Offer For Morata –...